The lights of the towns and villages on the Turkish coastline just twelve kilometres away from the Greek island of Lesbos are clearly visible in the evening. Tourists can travel there by fast ferry in less than an hour for a mere €10.

But for those travelling from Turkey towards Lesbos, desperately seeking refuge in Europe from the wars, persecution, suffering and deprivation they hope to have left behind, the same stretch of water may cost them €1000 each, squeezed on a rubber dinghy with some 60 other anxious souls. The Syrians call this rihlat al moot, the route of death. For nearly 500 on this stretch, it has cost them their lives: one in ten of all refugee drownings in the Mediterranean.

I met several of the lucky survivors of the hazardous crossing last week in the saloon cabin of the 42-metre ketch Next Wave last week in the marina of Mytilene on Lesbos. They were playing games with students of the Refuge Discipleship Training School I was teaching. As translators, they help the YWAM volunteers and staff in the camp Moria Refugee Camp just outside of Mytilene, and visit the boat weekly for recreation.

From some 45 lands of origin as diverse as Afghanistan, Cuba and Congo, the refugees today in the camp have fled wars and fighting in Syria, Iraq, and Libya; persecution and oppression from regimes in Iran and Egypt; threats in countries like Pakistan, Azerbaijan and Somalia; and dehumanising poverty in Algeria, Haiti and Nepal.

The UNHCR says that this year close to 175,000 arrived in Greece by sea, most landing on Lesbos, dubbed ‘the frontline of Fortress Europe’. Similar numbers landed in Italy this year. Over 90 percent are from Syria, Iraq and Afghanistan. Over a third are children. Men outnumber women two to one.

Drama
That is a great reduction from the 857,000 arrivals last year in Greece. Yet it still represents the tragedy of European governments not living up to their professed values due to growing populist, anti-migrant sentiment. Under pressure from our governments, the UNHCR was not able to help refugees coming off boats, or take them from the registration center at Moria to ferries headed to Athens, as that would have been considered ‘assisting in the forward movement of illegal immigrants’, i.e., human trafficking.

Since earlier this year, when the EU agreed with Turkey to a mass return of refugees and migrants in exchange for Europe accepting fewer refugees directly from Turkish camps, rescue boats have been prohibited from helping the refugees land on the south coast of Lesbos.

NATO now operates warships in the waters between Turkey and Greece seeking to intercept refugee boats headed to Lesbos. State-of-the-art British and Norwegian ships were based in the same harbour with the Next Wave, stealthily slipping in and out of the harbour at all hours of day and night. From my waterline berth below decks, I was awakened at night by the throbbing sound of the motors of Greek Coastguard boats patrolling nearby.

Long trek
Volunteers from smaller organisations now play a crucial role as larger agencies have been restricted in their activities. In addition to lectures, the students of the Refuge DTS spend six-hour shifts in the Moria camp three days a week, helping set up tents, guarding the front gate, pacifying fights among refugees and distributing supplies. Other YWAM staff and volunteers work on full day- and night-shifts in the camp, some living on board the Next Wave, others in rented apartments in town. They are truly invisible heroes.

Moria, an already-existing detention facility with chain link fencing and barbed wire, was initially adapted to hold some 2000 refugees. It now spreads over surrounding olive tree hills dotted with makeshift tents in an area known as Afghan Hill, and holds over 4000. After new arrivals are registered, authorities begin trying to confirm identities, an almost impossible task given the chaotic situations people have fled. After the first month, camp interns have freedom to leave the camp during the day to walk to the nearby town, awaiting their official papers allowing them go to Athens for the next stage of processing.

The Afghanis I spoke to expect to wait several months before they can move on. Once given permission, they’ll begin the long trek, mostly by foot, towards Germany, Britain, Sweden…. wherever they have connections. The question is if they will find others to help them along the way like the volunteers at Lesbos who are exceptions to increasingly indifferent and compassion-fatigued Europeans.

However tragic in itself, Lesbos is just the tip of the iceberg. Globally some 65 million people have been displaced this year, roughly equivalent to Britain’s whole population. The vast majority face much less hopeful prospects than the ‘lucky’ few in Moria. 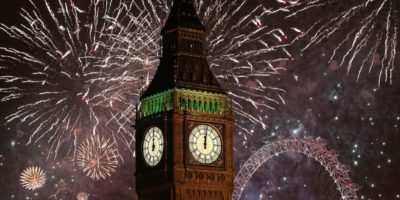 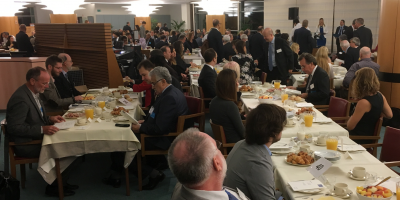