Last Wednesday, I attended this year’s event in the European Parliament building in Brussels with some 200 politicians, civil servants, lobbyists, think tank specialists, journalists and church and organisational leaders.

At the first prayer breakfast in Washington DC in 1953, President Eisenhower spoke of the role of religion in the founding of the United States and said, “prayer is just simply necessity, because by prayer I believe we mean an effort to get in touch with the Infinite.”

Since then, the National Prayer Breakfast in Washington has been attended by every American president since Eisenhower. Last February, Barack Obama talked at this year’s event about how 2 Timothy 1:7 had been a particularly encouraging verse for him: ’For God has not given us a spirit of fear, but of power and of love and of a sound mind.’ “What better time in these changing and tumultuous times to have Jesus standing beside us, steadying our minds, cleansing our hearts, pointing us towards what matters,” he told his audience of over 3000 guests.

The Prayer Breakfast movement has multiplied to some 130 locations around the world, including Brussels, creating occasions to underscore the role of faith in the public square, contrary to the popular misconception that faith belongs only in the closet.

Conscience
Co-host of the Prayer Breakfast in Brussels on Wednesday was Slovakian Europarliamentarian, Branislav Škripek, who the day before had told his own personal story at our Schuman Symposium on Spirituality and Politics. Raised in a communist family with no church connections, he had one day felt suddenly bathed in a divine presence, a totally unexpected and unsought-for experience. This began his spiritual journey and ministry as an evangelist which continues today, even in the arena of the European Parliament.

Branislav and his co-host introduced to us two guests who then shared their own remarkable stories. Princess Margaretha of Liechtenstein spoke very personally about the spiritual encouragement she had received from her uncle and aunt, King Boudewijn and Queen Fabiola of Belgium. She spoke warmly about the king’s personal integrity and his great struggle of conscience and faith which had led him to abdicate the crown for 36 hours when the Belgian government signed into law a bill permitting abortion in 1990.

Even more dramatic was the personal story told by a former prime minister of Ethiopia, Tamrat Layne. A former Marxist freedom fighter, his life had been transformed when visited by Jesus three nights in a row while in a dark and solitary prison cell.

A military coup in 1974 had led to the infamous Soviet-backed ‘Red Terror’ in Ethiopia. After tens of thousands of young protestors had been killed by the government, Layne and others had formed an underground Marxist resistance movement. They had fled to the mountains to form a guerrilla rebel army. There, as they spent fifteen years waging armed struggle against the government, he became one of the top leaders. He also met and married there his wife, Mulu, a fellow rebel fighter.

Solitary confinement
When the Soviet bloc collapsed in the late 1980s weakened the Addis Ababa government, the rebel forces invaded the capital and took control. Layne became prime minister; his best friend, president. Together they began rebuilding their ravaged country after seventeen years of decimation.

Peace did not last long, however. Questioning the communist ideology, he proposed policy changes toward democracy. After his ‘friend’ the president accused him of ‘abuse of power’, he was arrested and thrown into solitary confinement where he spent the next twelve years. Angry, vengeful and suicidal, he became sick and was hospitalised. One day, a nurse risked her life to give him a gospel tract. That night, Jesus revealed himself and said, “If you follow me I will give you the new life you are seeking.” At first skeptical, he finally surrended after Jesus appeared to him again the following two nights. The change in his life became obvious to the guards and fellow prisoners, some of whom became believers themselves.

Later he discovered that his wife had also become a believer on the very same day in a refugee camp in Kenya. Finally released in December 2008, he was reunited with his wife and two children. They now live in America where he shares the message that whether the need is for a prisoner, a family, a people or a nation, there is only One who can give new life.

As President Obama said at this year’s Washington prayer breakfast, “Faith is the great cure for fear. What better time in these changing and tumultuous times to have Jesus standing beside us!” 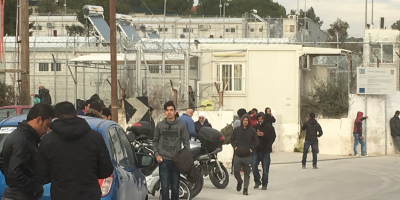 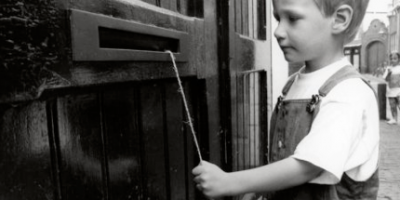