‘Holodomor’ is a term that only invaded my consciousness following the Russian military assault on Ukraine early this year.

Last Saturday, the word was foremost in the minds of all Ukrainians who on the fourth Saturday each November commemorate the victims of the 1932–33 artificial famine that starved millions to death in Ukraine under Soviet rule.

This past Wednesday it was on the lips of German lawmakers in the Bundestag as a large majority of the Berlin parliament condemned the forced starvation during Stalin’s dictatorship as genocide, a ‘crime against humanity’. The Bundestag statement added: ‘More than ever, in these days of Russia’s war of aggression on Ukraine, which is contrary to international law and at the same time an attack on our European order of peace and values, we stand up for the fact that there must be no more room for great power ambition and oppression in Europe.’

Literally meaning ‘murder by starvation’ in Ukrainian, Holodomor was a taboo subject until the glasnost era under President Gorbachev. As the Soviet empire crumbled, Soviet archives opened up to yield details of the Holodomor. What emerged was Stalin’s plan to starve the Ukrainian population by forcibly exporting its wheat to other parts of the Soviet Union, in the longest and widest attempt to Russify and destroy the Ukrainian nation. The Holodomor was his answer to the resistance of Ukrainians against the coerced collectivisation on which the totalitarian Soviet empire was being built.

Yet Holodomor continues to be a subject suppressed in Russia. The official Kremlin version is that hunger affected everyone, but everyone suffered equally. Claims that Ukrainians suffered more than others under the Soviets are met with accusations of ‘Russophobia’.

In reality, fear of Russia and of offending Russia have made nations reluctant to join those who have recognised the Holodomor as genocide. Ukraine’s parliament only did so on 28 November 2006, after the Orange Revolution overthrew the Kremlin-backed Viktor Yanukovych as presidential candidate in favour of Viktor Yushchenko. Other countries and institutions have issued statements recognising Holodomor as tragedy or crime against humanity without using the word ‘genocide’. Until this week, only 16 countries plus Vatican City had officially recognised the Holodomor as genocide: Australia, Canada, Colombia, Ecuador, Estonia, Georgia, Hungary, Latvia, Lithuania, Mexico, Paraguay, Peru, Poland, Portugal, Ukraine, USA and Vatican City.

Avoiding the term ‘genocide’, a joint statement of the UN from 2003 referred to Holodomor as a ‘national tragedy of the Ukrainian people’; the European Parliament recognised the Holodomor in 2008 as ‘an appalling crime against the Ukrainian people, and against humanity’; the Parliamentary Assembly of the Council of Europe in 2010 strongly condemned ‘ the cruel policies pursued by the Stalinist regime, which resulted in the death of millions of innocent people, as a crime against humanity’.

Soon after the Russian invasion, a friend recommended my wife and I to watch the 2020 movie, Mr. Jones, a timely production helping to awaken global consciousness about one of the worst atrocities of the twentieth century. This joint Polish, Ukrainian and British production, directed by Agnieszka Holland, follows the true struggle of a young Welsh journalist named Gareth Jones who travels to the Soviet Union in the early 1930s hoping to interview Stalin. Instead, he stumbles across the dictator’s darkest secret, the Ukrainian famine, a crime the Soviet regime wanted to hide from the outside world.

Jones is opposed by the influential Pulitzer Prize-winning New York Times Moscow correspondent Walter Duranty, who denies the existence of the famine. In today’s climate of fake news and war propaganda, when truth becomes the first victim of war, it is sobering to be reminded of how willing even western journalists and politicians can be to spin a different narrative. In the Bundestag vote this week, the far-right Alternative for Germany and the socialist Left abstained from voting, underscoring long-confirmed Kremlin sympathies.

The film offers chilling perspectives on Putin’s callous and brutal attempts to destroy Ukraine’s civil infrastructure which emulate the policy of the Kremlin predecessor he openly admires. As Foreign Affairs journal recently noted, ‘the harsher and more repressive the regime of Russian President Vladimir Putin becomes, the more successful the reign of Joseph Stalin appears to ordinary Russians’. Russians who agree that ‘Stalin was a great leader’ doubled from 28 to 56 percent since 2016. Since 2015, Stalin has been lionised on national holidays, and discussion of his repression has largely been stifled.

Yale historian Timothy Snyder, author of ‘Bloodlands’ describing the suffering of the Ukrainian people under both German and Russian domination, has noted that while Putin admits ‘blood may have been shed’, in the president’s eyes, Stalin was a ‘a good manager of Russia and that’s how he should be remembered’. (See Snyder’s series of lectures at Yale University: The making of modern Ukraine.)

Ukrainians remembered him last Saturday as the heartless murderer of over four million – some say up to ten milllion – of their fellow countrymen. Hailing the German Bundestag’s recognition of the genocidal dictator this week, President Zelenskyy said it was a ‘very important signal for many other countries in the world that Russian revanchism will not succeed in rewriting history’.

P.S. RadioFreeEurope have produced this 2′ video on the Holodomor using rare photographs and footage taken surreptitiously by foreigners.

One response to “Murder by starvation” 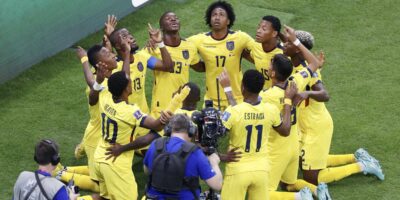 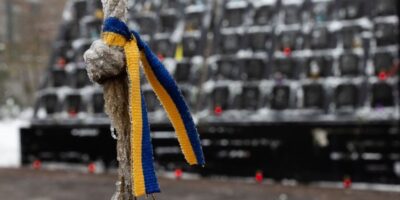