Something is missing in our European calendars.

Last Saturday evening the Dutch celebrated the end of World War Two with an open-air royal concert held on the Amstel River flowing through the heart of Amsterdam. It was a glorious balmy evening, and an appropriate commemoration proclaiming the message: Pass freedom on!

Yet the end of hostilities did not mean the immediate return of peace and prosperity. Other European nations commemorate the same event on different days and in different ways. While for some it meant real liberation and a new start, for others it meant continued suppression under a new tyranny.

For most it meant grappling with an extreme post-trauma stress disorder. The lives of countless people, families, cities and nations had been ripped apart, uprooted and dismembered. Hatred and mistrust, suspicion and fear, loss and grief, pain and confusion, anxiety and hopelessness hung like a heavy blanket across the continent.

Too often we forget how terrible the conditions were in Europe in the immediate post-war years. The old world had been destroyed, the new was yet to be rebuilt. It was a time of horrors and cruelties, of terrible revenge on collaborators, of myriad black markets and of war crime tribunals, of holocaust revelations and of living with an atom bomb. Stalin was tightening his iron grip on Central Europe and inciting strikes through trade unions to cripple the west’s fledgling democracies.

The graphic statue by French sculptor Zadkine (see photo), portraying the heart of Rotterdam torn out by Hitler’s blitzkrieg of May 1940, could also portray Europe’s general condition after the cease-fire. This was the Europe many thousands emigrated from in the post-war years to the safety of North America, Australia and New Zealand.

Who turned the tide?

So, we all know who won the war. But is it enough simply to celebrate its end? Who won the peace? Who turned the tide from despair to hope? from revenge to reconciliation? from hatred to love?

This is the story missing from our calendars: a story about laying foundations of forgiveness on which a new Europe could be built; about making war unthinkable, in the first place between France and Germany.

It’s a story about the slow process of small but significant steps towards making Europe a better place where peoples work with instead of against each other. For are we not better nations when we seek the common good, rather than ‘my country first!’?

Regular weekly word readers will know that this story began on May 9, 1950, when Robert Schuman announced a plan to abolish war in Europe. As French foreign minister, he proposed that France and Germany put those industries needed for creating a war machine – coal and steel – under a supranational authority so that neither nation could independently re-arm.

This practical plan with economic and political dimensions had spiritual roots, as Schuman later wrote, expressing his political motivation:
• (Europe) cannot and must not remain an economic and technical enterprise: it needs a soul.
• ‘Loving your neighbour as yourself’ is a democratic principle, which, applied to nations, means being prepared to serve and love neighbouring peoples.
• Applied to the community of peoples, forgiveness and reconciliation–even with those presently seen as the enemy–are Christian imperatives.
• The European spirit signifies being conscious of belonging to a cultural family and to have the willingness to serve that community in the spirit of total mutuality.

Out of the closet

Schuman understood how nations needed a sense of identity, autonomy and self-determination on the one hand, but also a sense of connectedness and belonging to something bigger on the other. This meant that small nations would have the same equal rights to freedom, security and to membership of a larger community of peoples as their larger neighbours.

These ideas have led to a community of peoples today which nations previously under Stalin’s iron rule have aspired to join. While many have, some–like Ukraine–still long to do so.

This is a story we need to put in our calendars, to repeat annually to each generation in order to ‘pass freedom on’. We need to bring May 9, Europe Day, out of the closet into the public consciousness. Although an official free day for EU civil servants, it remains a best kept secret in many countries, including the Netherlands.

You can find various ways to mark this day on www.may9.eu. Let me encourage you at least to take time this Wednesday to watch – preferably with others – the short film, Schuman, a vision for Europe; or For the love of tomorrow, about how Irene Laure, a member of the French resistance who bitterly hated the Germans, became a leading advocate for forgiveness and reconciliation.

Let’s take some small but significant steps this Wednesday to help put this story on the European calendar.

One response to “Pass freedom on!” 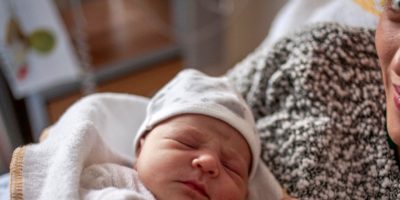 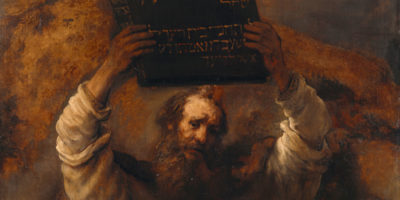