Mothers in Europe are an endangered species.

Maybe that sounds too hyperbolic. But when motherhood is no longer widely respected and birth rates are falling well below replacement rate, it seems that Europeans as a race have chosen to die out.

Tomorrow’s Europe will be a continent of fewer and older people, an individualised and atomised society. Imagine not having cousins, aunts or uncles. That will be the result of two generations of single child families. What Europe needs is bigger families. And more migrants. But which politician is going to tell you that?

The expression of a previous generation, “That’s like defending motherhood!” (meaning ‘that’s stating the obvious’), has been rendered obsolete by a generation shaped by secular preferences for present gratification over long-term sustainability. A young female relative once remarked to me that she was regarded as a freak by her colleagues at work because she had a stable marriage. The career-obsessed simply don’t want children getting in the way of success – or their sex-life.

Christians with bigger families will increase their presence and influence in society over the long run. Francis Schaeffer predicted the day that when you saw a pregnant woman you would know she was Christian – because she had hope for the future.

Yesterday was Mother’s Day in many countries, a day to give special attention to those who brought each one of us into this world. To state the obvious, there is no future without mothers.

Mother’s Day was first celebrated in West Virginia in the US early last century, when Anna Jarvis held a memorial for her mother, a peace activist who cared for wounded soldiers on both sides of the American Civil War. Jarvis wanted to honour her mother by continuing the work she started and to set aside a day to honour all mothers because a mother was ‘the person who has done more for you than anyone in the world’. She insisted that the day should be named in the singular, referring to each person’s mother.

In 1908, her proposal to make Mother’s Day an official holiday was rejected by US Congressmen who joked that they would also have to proclaim a ‘Mother-in-law’s Day’. Jarvis persevered however and in 1914 Woodrow Wilson proclaimed Mother’s Day, held on the second Sunday in May, as a national holiday to honour mothers.

To be a Mother

Yesterday in the church service Romkje and I attended in Amsterdam, the following poem by Allison Woodard was read to mark Mother’s Day. It eloquently articulates the Mother-heart of God.

To be a Mother is to suffer; to travail in the dark,
stretched and torn, exposed in half-naked humiliation,
subjected to indignities for the sake of new life.

To be a Mother is to self-empty, to neither slumber nor sleep,
so attuned You are to cries in the night—
Offering the comfort of Yourself, and assurances of “I’m here.”

To be a Mother is to weep over the fighting and exclusions and wounds
your children inflict on one another;
To long for reconciliation and brotherly love and—when all is said and done—
To gather all parties, the offender and the offended, into the folds of your embrace
and to whisper in their ears that they are Beloved.

To be a Mother is to be vulnerable—
To be misunderstood, railed against, blamed
For the heartaches of the bewildered children
who don’t know where else to cast the angst they feel
over their own existence in this perplexing universe

To be a Mother is to hoist onto your hips those on whom your image is imprinted,
bearing the burden of their weight, rejoicing in their returned affection,
delighting in their wonder, bleeding in the presence of their pain.

To be a Mother is to be accused of sentimentality one moment, and injustice the next.
To be the receiver of endless demands, absorber of perpetual complaints,
Reckoner of bottomless needs.

To be a Mother is to be an artist; a keeper of memories past,
Weaver of stories untold, visionary of lives looming ahead.

To be a Mother is to be the first voice listened to,
And the first disregarded; To be a mender of broken creations,
And comforter of the distraught children whose hands wrought them.

To be a Mother is to be a touchstone and the source,
Bestower of names, influencer of identities;
Life giver, life shaper, empath, healer,
and Original Love.

One response to “Endangered species?” 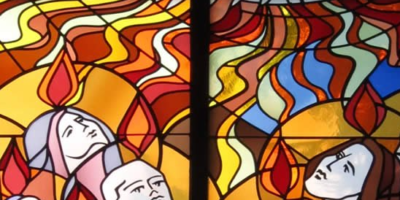 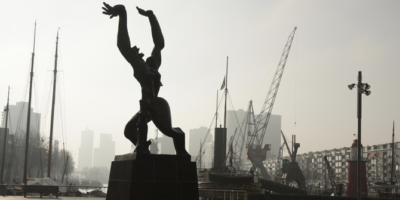