Peacemakers in a fragmented continent

The triple-whammy of Brexit, Covid and Russian invasion has delivered the severest shock to the seven decades of peace in Europe since the post-war start of European integration.

It has shattered the comfortable orthodoxy that democracy, liberalism and capitalism could guarantee peace, prosperity and freedom. We are forced to re-think the foundations of the contemporary European order in the face of multiple levels of crises including populist, environmental, financial and social challenges.

With these observations in his keynote address at the State of Europe Forum in Paris last weekend, Rev Dr Gary Wilton encouraged his audience to re-read the Schuman Declaration, the foundational document of European integration. It was time to re-examine what we had taken for granted over the past seven decades, he urged.

For exactly on May 9, 72 years ago, a short distance downstream along the Seine River from the historic Temple du Marias where we gathered, the French Foreign Minister Robert Schuman had surprised friend and foe with his bold proposal to embrace his country’s defeated arch-enemy in a full supra-national partnership. The papers the next day described it as the ‘Schuman bomb’. Never in history had such a radical proposal been made, based on Christian ideals of forgiveness and reconciliation, and of the dignity and sanctity of human life created in God’s image.

Concretely it meant placing the coal and steel industries of both countries under a common High Authority, making the unilateral production of war machinery and weapons impossible. This formation of the European Coal and Steel Community catalysed the process of European integration eventually towards the European Union. It was the precursor to an intended permanent peace, making war ‘unthinkable’ for succeeding generations. However, lacking the necessary historical understanding, Europeans began to take peace for granted.

Dr Wilton, formerly the Archbishop of Canterbury’s Representative to the European Union, told his audience – some gathered in the domed, circular sanctuary and others following online across Europe –that the foundations of the peace and reconciliation narrative needed re-examining. Few knew the story or realised the centrality of forgiveness and reconciliation in the winning of stable peace.

“A re-reading of the Schuman Declaration is a good place for us all to start”, he suggested.

Although surprisingly brief, not many have ever taken the mere three minutes needed to read the declaration first delivered to an audience of journalists and civil servants in the Quay d’Orsay office of the French Foreign Ministry. With copies of the declaration in English and French before us, Dr Wilton led us through the various sections addressing world peace, unity in Europe, shared sovereignty, solidarity within Europe and also with the wider world. He stressed how Schuman’s proposals for peace, unity and solidarity were shaped by ‘an indelible Christian understanding that all women and men are made and called to love and help one another, and to live in peace.’

He reminded us that the declaration was made in a time of economic and political instability, overshadowed by the possibility of war with the Soviet Union – ‘which’, he added, ‘is beginning to feel very familiar’.

The hybrid forum’s theme ‘Seeking shalom’, emblazoned on a backdrop of a white dove against the blue and yellow of the Ukrainian flag, was addressed in each of three bi-lingual plenary sessions, seeking firstly to ‘understand the times’ and in conclusion ‘to know what God’s people should do’. A panel of academics and practitioners assessed the current state of post-Brexit and post-Covid Europe on the opening plenary, some joining online from Oxford and Glasgow.

Following Dr Wilton’s talk, another panel, with a link to Helsinki, explored the little-known role of Protestant networks in paving a path towards peace after World War Two by translating theological concepts into political vocabulary. A third panel on the last plenary suggested ways evangelicals could contribute to Europe’s future…

Eight seminar sessions, some led via zoom from Cambridge (UK), Breda (NL), Riga (LV) and Iasi (RO), covered topics ranging from Brexit, the environment and the return of borders in Europe, to a plan to apply the Schuman approach for reconciliation in Korea, the place of norms and values in European defence policy and the need for a theology of public life.

Particularly timely was a seminar addressing ways in which language is being abused to distort reality, east and west, increasing the fragmentation and polarisation of European society. It was led by Ineta Lansdowne and Dr Mari Blaj, two Schuman Associates who grew up under communism.

One friend plans to create a study group among her friends to watch the recordings together. An idea for you? 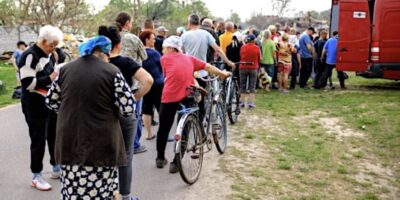 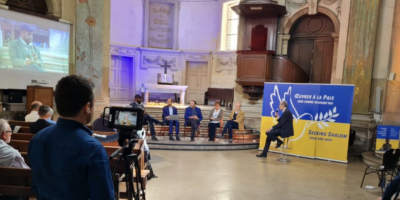