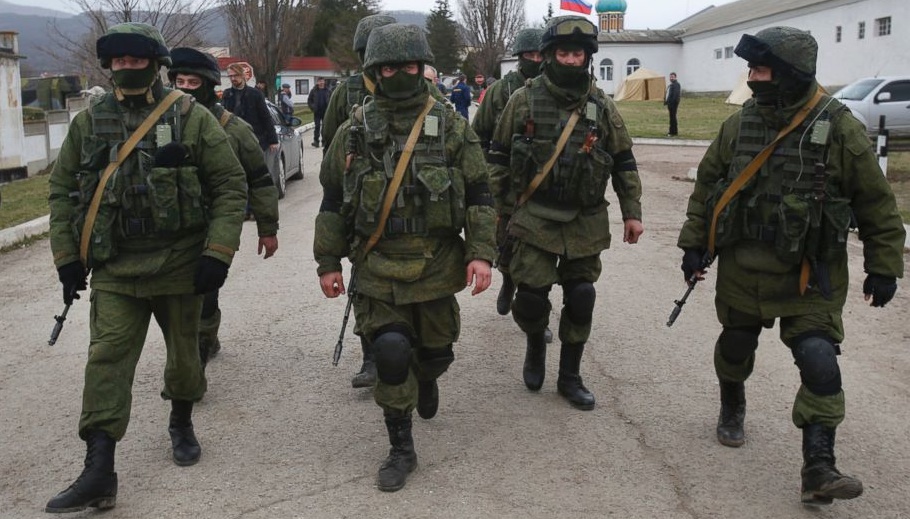 This week I learnt a new Russian word: Maskirovka. Derived from the word masquerade, it literally means ‘something masked’; a strategy of deceit, like the Trojan horse. It has a long tradition in Russian military history and it seems to be a favourite word in President Putin’s lexicon.

Remember the green men in balaclavas who suddenly appeared in the Crimea last year to defend ‘peaceful residents’? They were, the Kremlin said, merely members of locally organised ‘self-defence groups’ who bought all their uniforms and hardware in a shop. Or the convoy of white-painted military trucks bringing humanitarian aid to eastern Ukraine? And now comes Putin’s offer to ‘partner with the West’ in fighting ISIS, to stop the flow of refugees to Europe.

Last Friday I participated in a think tank in The Hague advising the ChristenUnie political party on defence policy. I was totally outside my competence, but they had wanted someone ‘with a European perspective’. So I accepted the chance to be stretched beyond my comfort zone.

The discussion, the chairman reminded us, was under ‘Chatham House rules’: we were free to use the information shared, but not to reveal sources–this to encourage openness and sharing of information.

Most if not all of the less then twenty participants would have held the traditional Christian position that governments had a legitimate right and duty to use force for the protection of their own citizens and to contain the effect of sin in this fallen world. But how does our Christian faith inform our response to the resurgence of Russian nationalism, the rise of China as superpower, and the tragic chaos of a failed ‘Arab spring’?

Pastors and missionaries don’t usually concern themselves with such issues. That’s the task of politicians and soldiers, right? Yet if Christ is lord at all, is he not lord of all, including over politics and defence matters?

As I listened to the two speakers whose task was to prime the discussion, I found myself being confronted with uncomfortable realities. One was a military officer just returned from leading a mission in Mali. The other was an internationally-recognised strategic analyst and advisor, regularly meeting military and political leaders in Washington, Brussels and other world capitals. A few days ago he was addressing NATO commanders meeting in Latvia.

‘Europeans promote values,’ he began. ‘But values without power is (eight-letter expletive).’ Okay, he had warned us that he would be blunt.

‘If we want to promote values, we need power,’ he continued. ‘Threats abound. Russian challenges in the Arctic and High North; Putin’s use of strategic maskirovka’–there was that word–’and ambiguous warfare on Europe’s eastern flank; ISIS and the collapse of the Middle Eastern state order to Europe’s south; cyber-penetration of a virtual Schengen; uncontrolled massive migration and lawlessness; strategic tensions with newly-powerful illiberal states, arms races and proliferation, American overstretch, state-threatening organised crime…’

(Waaay outside my comfort zone).

The biggest threat, however, came from a ‘strategically under-cooked elite Europe that only wants to see the world as they would like it to be, not as it really is’. The result, he posited, was a Europe bereft of strategic judgement and unable or unwilling to apply statecraft; a failed Brussels elite retreating steadily into the meaningless mantra of ‘ever more Europe’.

By now I felt totally knocked off balance. A Europe ‘deeply rooted in basic Christian values’ was the vision of Robert Schuman, and formed the core of the Schuman Centre’s vision. Confronted by such realities, was such a vision simply naïve?

The speaker closed with a sobering scenario: The year is 2022. The US defence budget has been further cut, from $600 billion in 2015 to $460 billion. A crisis in the Asia-Pacific region with the rising super-power of China forces the US to engage the bulk of her forces there. In Europe, Putin’s regime is under pressure as Russia’s economy falters. Putin sees an opportunity to rekindle Russian nationalism. Having destabilised the Baltic states over the past few years, he goes for a landgrab, as in the Crimea. NATO and the EU try to respond. But the US is overstretched in the east. Europeans have to act as first responders. But they are too weak. Putin offers the west a choice: trade space for time. Do you want a major war with Russia for the sake of the few small Baltic states?

I found myself driving home from The Hague wondering how deeply rooted our values of peace, solidarity, equality and freedom really were. If push came to shove, how far would be be prepared to defend them? Do we really believe in them if we are not prepared to invest in the necessary power to back them up?

These values however are not ends in themselves. They are rooted in a much deeper reality, Ultimate Reality. And ultimately that’s where our trust needs to lie.

Many centuries ago, a successful Middle-Eastern soldier-politician wrote the following words from Psalm 20: 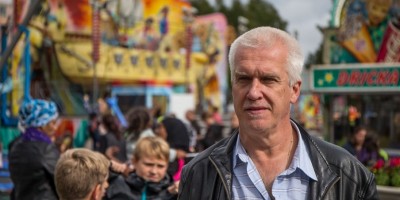 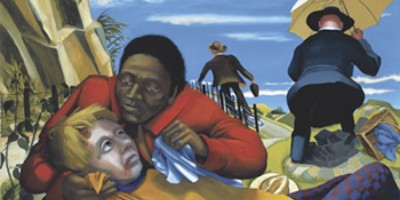