This is the last of four weekly excerpts from the Masterclass text, Europe and the Gospel, by Professor Evert Van de Poll. This special edition can be obtained via Schuman Resources.

EVdP: Halfway between the impressive buildings of the European Council and the European Parliament in Brussels, there is a small chapel. It seems a bit lost in this area dominated by the offices of the European Union. Here stands the Chapel of the Resurrection, attached to an ancient convent transformed into offices.

In 2002, it was been entrusted to the Jesuits to be used as a centre of spiritual nourishment for the people working in the European quarter of Brussels. Since then, this place of worship is also called the ‘Chapel of Europe.’

Out of place, this little chapel? One might think of it as just another vestige of the past, a souvenir of times gone by. Even so, it reminds civil servants, lobbyists and decisions makers of Christianity. It invites Christians to remember and to build, to pray and to become involved, in some way or another.

How do churches respond to the construction of ‘Europe’? The Roman Catholic Church has always taken a keen interest. Ecumenical Protestants have expressed more nuanced views, (holding) to the ideal of a pacific Europe, but critical of the EU’s emphasis on a free market economy to the detriment of social protection. Several Eastern Orthodox leaders have endorsed the ideal of European unity (while being) critical of the materialism and the secularism of Western Europeans.

As one might expect in a movement characterised by the autonomy of churches and organisations, there is no one Evangelical response. Different viewpoints exist:

• Suspicious rejection – Premillennialist Christians regard the EU as a type (if not the actual embodiment) of the anti-Christ, Beast of the end times depicted in the Book of Revelation. Some Reformed Protestants fear that the EU will turn out to be yet another attempt to create a political unity stretching across Europe with close ties to the Church of Rome. (Some) fear that it will ultimately replace national sovereignty, to which many Christians are attached.

• Critical of Eurocentrism – (Some) Evangelicals criticize EU protectionist economic policy, as an unjust treatment of the poorer countries, or the immigration policy. Some consider that the whole idea of a ‘European’ unity is in fact a tendency to Eurocentrism. EU directives calling for tolerance and aimed against discrimination for reasons of race, religion, sexual orientation, etc., (raise fears of) the imposition of ethical views at odds with traditional Christian morality, e.g. in the area of parental authority, homosexuality, same-sex marriage, adoption, medical experiments, abortion, and so on.

• A nuanced constructive approach – According to an EEA declaration (‘The European Union,’ in EEA Perspectives, September 2005), Evangelicals have not adequately reflected on the EU and the future shape of our continent. If the EU is a community of nations working together to resolve their differences through politics rather than conflict, then Christians will want to actively support it. If, on the other hand, the EU is an embryonic ‘super-state,’ then biblical principles may cause us to be concerned about the risks associated with the concentration of power in the hands of fewer fallen people.

As Christians we have to ask what forms of European integration will most foster biblical values in the political and economic system. The EU needs to be values-driven, and not just economy driven. What does this mean? (The declaration calls for:)

A Europe committed to reconciliation, peace, liberty of conscience and religion, and the European Convention of Human Rights. A Europe marked by respect for every individual, the sanctity of life, and the institution of the family. A Europe committed to the poor and disenfranchised: a Europe in which the voiceless have a voice, opportunities are created for the disadvantaged, and redemptive possibilities are fostered for both victims and perpetrators. A Europe with a strong identity, whose self-definition nevertheless actively encourages Europeans to take their place as partners with the rest of the world, should humbly recognize that it has a lot to learn as well as to give.

In short, a Europe shaped by those timeless values that have played such an important part in shaping the past: a forward looking Europe committed to overcoming historic animosities, and to making a generous contribution to the welfare of the wider world.

This declaration shows a way between euphoria and rejection; it encourages Christians to play a constructive role.

The Chapel in the European quarter of Brussels is well placed. But any church community anywhere on the continent can be a ‘Chapel for Europe.’ Chapels for Europe – places to pray for European decision makers, to intercede for our national politicians. 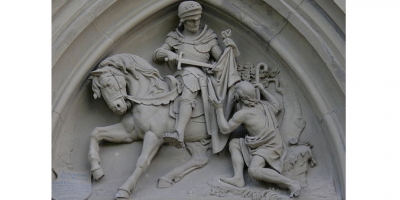 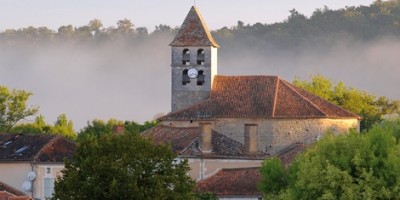