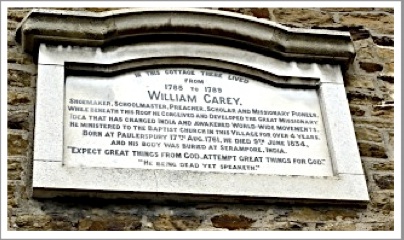 A Copernican revolution in thinking was needed to establish healthy foundations for  European society. Dr Michael Schluter challenged church and organisational leaders from across the continent to embrace Relational Thinking last week at the annual General Assembly of the European Evangelical Alliance in Northampton, north of London.
Founder of the Jubilee Centre in Cambridge, Dr Schluter, along with several Cambridge colleagues, explained to the delegates convened from Russia to Portugal how the concept of Relational Thinking was based on Jesus’ command to love God and neighbour. This was what God wanted most from individuals and families, and even from multinationals and nations. In God’s eyes, he said, a developed country was not necessarily one with a high GDP, but one with healthy relationships–in the family, community, business, church and public square. By that criteria, he proposed, many western nations with high divorce rates, broken families, lonely neighbours and old people, could still be considered undeveloped.
Europeans faced major challenges stemming from the dominant cult of individualism in society, he said, maximising the freedom of choice for each individual rather than a choice for the welfare of others. These included the demographic challenge in what Dr Schluter labelled ‘self-liquidating nations’ (including Switzerland, Germany, Italy and France) where birth rates of well under 2,1 meant fewer young people would have to support more elderly, thus increasing the demand for euthanasia. EU policies of mobility of labour and capital tended to destabilise families; widespread youth unemployment, debt, wealth inequalities and the dominant role of multinationals all added up to huge economic challenges resulting from distorted priorities, argued the former World Bank economist.
Conspiracy
Through what Tom Sine has called a ‘mustard-seed conspiracy’, churches, organisations and schools could effect a silent, unseen revolution in thinking, Schluter urged. Acting like yeast and slowly permeating society, it would prioritise healthy relationships above economic advancement and hedonistic lifestyles.
Examples of such a yeast-effect were offered by reports from various delegates. Swiss representatives told of a creative response to a national AIDS-prevention media blitz in the summer showing explicit love-making couples, both same-sex and hetero. Using social media, an alternative  campaign was launched replacing a condom with a golden ring as the ‘O’ in the slogan ‘LOVE LIFE’. Photos of happily-married couples of all ages carried a message that faithfulness was the most effective in AIDS prevention, a method overlooked by the official campaign. This alternative presentation received widespread national media attention, the delegates reported.
French church networks seeking closer relationships had begun to see new growth, with one new church now being planted every eleven days. Dutch evangelicals were finding more common ground with Catholics, delegates heard, with growing partnership as they faced the shared challenge of secularism.
Pagans
My wife and I were reminded of one of the greatest examples in history of an effective mustard-seed conspiracy when we visited a house just a stone’s throw away from the assembly’s venue. The row house next door to the small Baptist church in Moulton was where William Carey first began to develop his global mission vision from 1785 to 1789.
In the ground-floor study-workshop where shavings of leather and working tools that had been found were on display, a large hand-made world map made up of sheets of paper glued together covered one wall. We were told this was a very good copy of the original Carey had made himself, on which he had noted the sizes of populations of the unreached in different regions, usually referred to as 'pagans'.
Also on display was an original print of Carey's 'Magna Carta of World Missions': 'An Inquiry into the Obligation of Christians to use Means for the Conversion of the Heathen…' (the title is even longer than that!).
The stone tablet on the outside wall of the house stated: While beneath this roof (Carey) conceived and developed the great missionary idea that has changed India and awakened world-wide movements.
Serving as pastor and shoe-maker in this small ordinary labourer’s house, this humble man began a global revolution through his energetic Bible translation work and contribution to printing and publishing, educational reform, social reform and numerous other fields. Written off by many of his contemporaries as idealistic and unrealistic, Carey nevertheless catalyzed a movement–like a mustard seed–that has spread Christianity–like yeast–to the far corners of the world.
Till next week,
Jeff Fountain