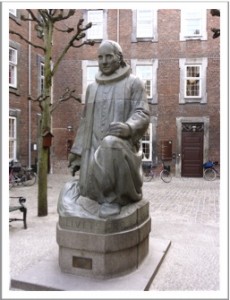 Political earthquakes shook Europe this weekend with elections results that promise to overturn the status quo. The people in France and in Greece have called for change. The people in northern Germany have also signalled that change is on the way. So what now?

I don’t envy anyone taking office in these times. As for President-elect Hollande, he doesn’t have a day of governmental experience to draw from.
Clearly these latest developments simply add uncertainty to uncertainty.
Which highlights the question we have been asking recently in ww: ‘is the game over?’ That refers to Jacques Delors’ statement from 20 years ago, that if we hadn’t found a soul for Europe within the next decade, the game would be up.
A few days ago in the Hague, at a Christian Union congress on ‘Europe at a crossroads’, I put this question to Peter van Dalen, a Christian mep from Holland. His answer was clear and straightforward: NO!
We may be in the half-time break, he added, and some things definitely need re-arranging. But this is not the first, nor the last, crisis Europe will have to overcome. No, he reiterated, the game is not over.
Not that he thought we had (re-)discovered Europe’s soul. Neither would everyone share his optimism. But all would agree things need re-arranging.
Frankly, we’re not going to discover a soul for Europe without re-discovering her roots; and with those roots, virtues that can restore the necessary values of solidarity, equality, freedom and peace, as Schuman once identified them.
Brotherhood
Post-christian Europeans don’t want to hear however that the roots of such values really are biblical. Revolutionaries from Paris to Moscow have cried for equality and brotherhood–but how do you have brotherhood without fatherhood? And where did the idea of equality come from if we are simply the result of a savage process in which only the fittest survive?
All across Europe, we are being faced with similar challenges. This is no time to entrench ourselves behind nationalistic slogans as some of our populist politicians suggest as a way out of our crises. Blame the Muslims, the Poles, the Germans, Brussels…!!
It is a time for serious dialogue among ourselves, as Christians in Europe. What do we have to offer in the difficult days ahead? Can we help make a difference? In most academic and political circles, of course, Christians and their ‘out-dated faith’ are considered an irrelevant  embarrassment, if not the root cause of a lot of the problems.
So it is refreshing to hear an esteemed scholar and expert on European law lamenting the absence of Christian thought and teaching in the debates on the future of Europe.
Christian deficit
Joseph Weiler, an orthodox Jew, holds the Jean Monnet Chair at the New York University School of Law. He talks of the Christian deficit in the European intellectual process, especially when it comes to talking about the goals, the objects of the European project. ‘Christian thought is part of Europe’s heritage, both for believers and non-believers, Christians and non-Christians. A voice that one can dispute, undoubtedly; that can be discussed, of course; that one can reject, certainly. After all, we live in a democracy. But its absence impoverishes us all.’1
This week in Copenhagen the State of Europe Forum aims to encourage dialogue among Christians from across a Europe impoverished by such absence, on the challenges and opportunities facing us today. Whether we hear the same straightforward answer from others as we heard from Peter van Dalen remains to be seen.
But one lesson from the past is clear: God has always worked through individuals and creative minorities to bring change, positive change. That was true in the days of N.F.S. Grundtvig, whose statue adorns the courtyard of the Vartov where the forum will meet. This Christian poet/pastor/pedagogue/politician left an indelible imprint on Danish culture and history; as have countless other believers through the ages, shaping Europe’s heritage.
May this modest forum be a step towards reducing the Christian deficit in the debate about Europe’s future.
Till next week,
Jeff Fountain