As the Apostle Paul travelled around the Mediterranean and wrote his pastoral letters to fledgling churches in Rome, Corinth, Ephesus, Colossae and Philippi, he fed his readers a vision of inclusion and universality, transcending the many ethnicities of those joining the People of the Way.

To the multi-cultural Corinthians on the isthmus between the Peloponnese Peninsula and mainland Greece, he wrote: For we were all baptized by one Spirit so as to form one body–whether Jews or Gentiles, slave or free–and we were all given the one Spirit to drink (1 Cor 12:13).

Jesus has broken down every dividing wall of hostility (2:14), he told the believers in that proud and pagan city of Ephesus, on the west coast of Asia Minor, close to where refugees depart in their desperate bids for freedom today.

The Galatians, a Celtic tribe who settled in the centre of modern-day Turkey, read Paul’s exhortation that: There is neither Jew nor Gentile, neither slave nor free, nor is there male and female, for you are all one in Christ Jesus (3:28).

Paul reminded his Roman readers: There is no difference between Jew and Gentile–the same Lord is Lord of all and richly blesses all who call on him (10:12).

Inland from Ephesus, the believers in Colossae read: Here there is no Gentile or Jew, circumcised or uncircumcised, barbarian, Scythian, slave or free (3:11).

Paul had seen the universal implications of the gospel much more quickly and clearly than Peter did. In fact, he had to rebuke Peter, as we read in Galatians 2:11-14, for retreating into a Jewish mindset.

Or, if you like, a populist mentality. For Peter was tempted to climb back into the us-and-them way of thinking.

True followers of Jesus, Paul implies, should be the first to rise above nationalism, racism and ethnic prejudice. Yet one of the tragedies of the Reformation–alongside its positive aspects–was the territorialisation of the church. Protestant churches emerged linking God, king and country. God became an Englishman; or a German; or a Dutchman…

We see a related mentality in most Orthodox nations too. A good Greek is Orthodox…  Catholics tend to be much more transnational in their view of the church, which of course the word ‘catholic’, small ‘c’, implies. Yet even then the nationalistic attitude is widespread: ‘a good Pole (Italian, Lithuanian…) is Catholic’.

How we need the apostolic perspective! How we need to keep the end goal in sight that the Apostle John gives us in his Revelation: of all peoples, all tribes, all languages, all nations gathered before the throne!

Paul was privileged to travel and see the bigger picture. That’s part of the apostolic calling. Most of us however live at the local level, pastors included. We need others to give us that apostolic perspective.

Last week I was reminded of this when invited to address several hundred Alpha course leaders from Europe and Middle East, gathered in Hungary. Egyptians and Lebanese mingled with Scots and French, sharing truly amazing stories about God at work across this whole part of the world. I learned, for example, that Alpha courses have been held in 169 countries and 112 languages, with over 27 million people participating; that the most Alpha-in-schools projects in the world are being held in France; which is also true for Alpha-in-prisons!

I reflected on the privilege of hearing these reports first hand, along with the responsibility of passing on this bigger, trans-national picture. This sense of responsibility had prompted me to begin writing Weekly Word some 15 years ago as director of YWAM Europe, primarily to share with fellow YWAMers what I was seeing God doing in Europe.

Today this apostolic perspective is needed in all spheres of life: politics, education, environment, business, media, family, healthcare–that is, leaders who look beyond the local, who link with those with similar vision from other nations and ethnicities, to work and pray together towards the growth of God’s kingdom in all these spheres.

For there are many ‘apostles’ working to spread a different ‘gospel’ across Europe and beyond: gospels of fear and half-truths, sexual exploitation and human trafficking, terror and extremism, greed and extravagant wealth, power and control. We Christians of all people should be rising above our local visions to help shape Europe’s future: a Europe of justice, equality, human dignity, freedom, solidarity, peace, security and well-being–and where God’s name is revered.

The State of Europe Forum this coming Sunday and Monday in Amsterdam is, in this sense, an apostolic event where leaders from across Europe gather to dream of such a Europe. Paul at the beginning of this world-transforming movement had faith for what God would do in the future. Looking back on 2000 years, we too should have faith for what God will yet do in Europe.

If this resonates with you, why not join us in Amsterdam? 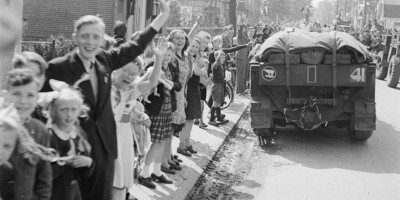 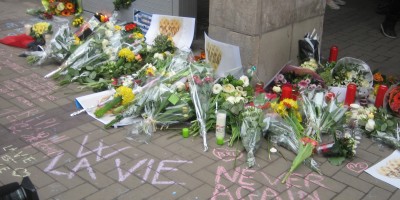