Freedom is one of our stated European values. We all want freedom. Yet ever since Plato, thinkers have realised how paradoxical ‘freedom’ actually is. For freedom–meaning the absence of constraining control–allows bullies to enslave the meek, thus destroying freedom.

We need to take freedom seriously. Rabbi Jonathan Sacks warns that freedom leads to licence, which leads to chaos, which leads to tyranny. Freedom without order is chaos and anarchy, as we read in Genesis about the world before the Flood; or as we read in our newspapers about places like Syria, Iraq, Somalia and Mali today. Order without freedom is the slavery of Egypt or Rome we also read about in the Bible; or the tyranny we hear on the news reigning in North Korea, Zimbabwe, Belarus and Russia, or wherever human dignity is trampled upon.

God’s mission for his people for 4000 years, says Sacks, has been to model freedom without anarchy and order without tyranny. It requires embracing the commands to love God with all your heart, soul and strength, and your neighbour (including sojourners and enemies) as yourself. That is still true for societies anywhere in the world today; especially a Europe threatened by a protracted Greek crisis, a potential Brexit from the EU, and waves of migrants fleeing the tyrannic violence of ISIS, Assad and a Putin bent on destabilising both Turkey and Europe. The Bible’s message is as relevant today as ever. This commission still holds for churches and for followers of Jesus in every sphere of society. We have a vital role in the shaping of tomorrow’s Europe.

Western Europeans have enjoyed freedom now for over seventy years. The generation which remembers liberation scenarios like the one in the photo above is dying out. We who have never lost our freedom tend to take it for granted.

This year’s State of Europe Forum will focus on the Biblical foundations of freedom, and the values and principles the founding fathers of the EU identified as necessary to establish the unprecedented period of peace and freedom we are tempted to think of as normal. Given Europe’s current crises, such reflection is a pressing priority.

The venue, Amsterdam’s historic Zuiderkerk, is itself a poignant reminder of what happens when freedom is lost. The church was used as an emergency mortuary during the last winter of the war–the ‘hunger-winter’–when the ground was frozen so hard the bodies of those who starved to death could not be buried.

On Sunday afternoon, May 8, the forum opens with a public celebration of freedom, with artistic participation from Dutch churches, thanking God for the freedoms we do enjoy, yet being mindful of those who still await their day of liberation. Indian speaker and writer, Vishal Mangalwadi, will remind us how the Bible has inspired freedom and emancipation throughout the centuries. Dutchman Mink de Vries will share about a revival movement that impacted many Dutch towns and cities and shaped Erasmus’ thinking on freedom.

Forum participants, gathered from across Europe and the Christian spectrum, will include politicians, church leaders, civic leaders, educators, academics, media specialists, activists and others concerned with the future of Europe. The forum itself begins on Sunday evening, with a plenary session featuring Dr Jonathan Chaplin, director of the Kirby Laing Institute for Christian Ethics in Cambridge. Jonathan is co-editor of the recently published book, ‘God and the EU: faith in the European project’. The book aims to help British voters (in the first place) understand historical, moral and spiritual dimensions of the EU rather than just economics, as they approach their referendum in June. Jonathan is well-placed to help participants apply biblical thinking to issues facing us in Europe today.

Monday, May 9, will be the 66th anniversary of Robert Schuman’s three-minute speech in Paris which launched the European Coal and Steel Community, and is officially recognised as the birth of the European Union. The forum is held each year around this date to highlight the little-known spiritual roots of the European project.

The logo in the top left of the photo above signifies that the forum is an official event on the Dutch presidency’s agenda. For more information and registration details, see www.stateofeuropeforum.eu.

See you in Amsterdam? 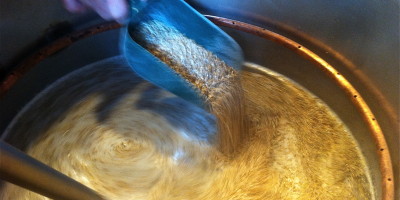 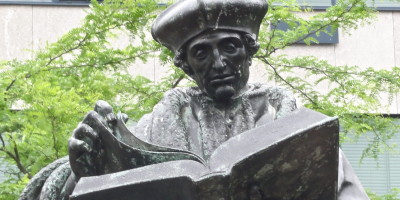