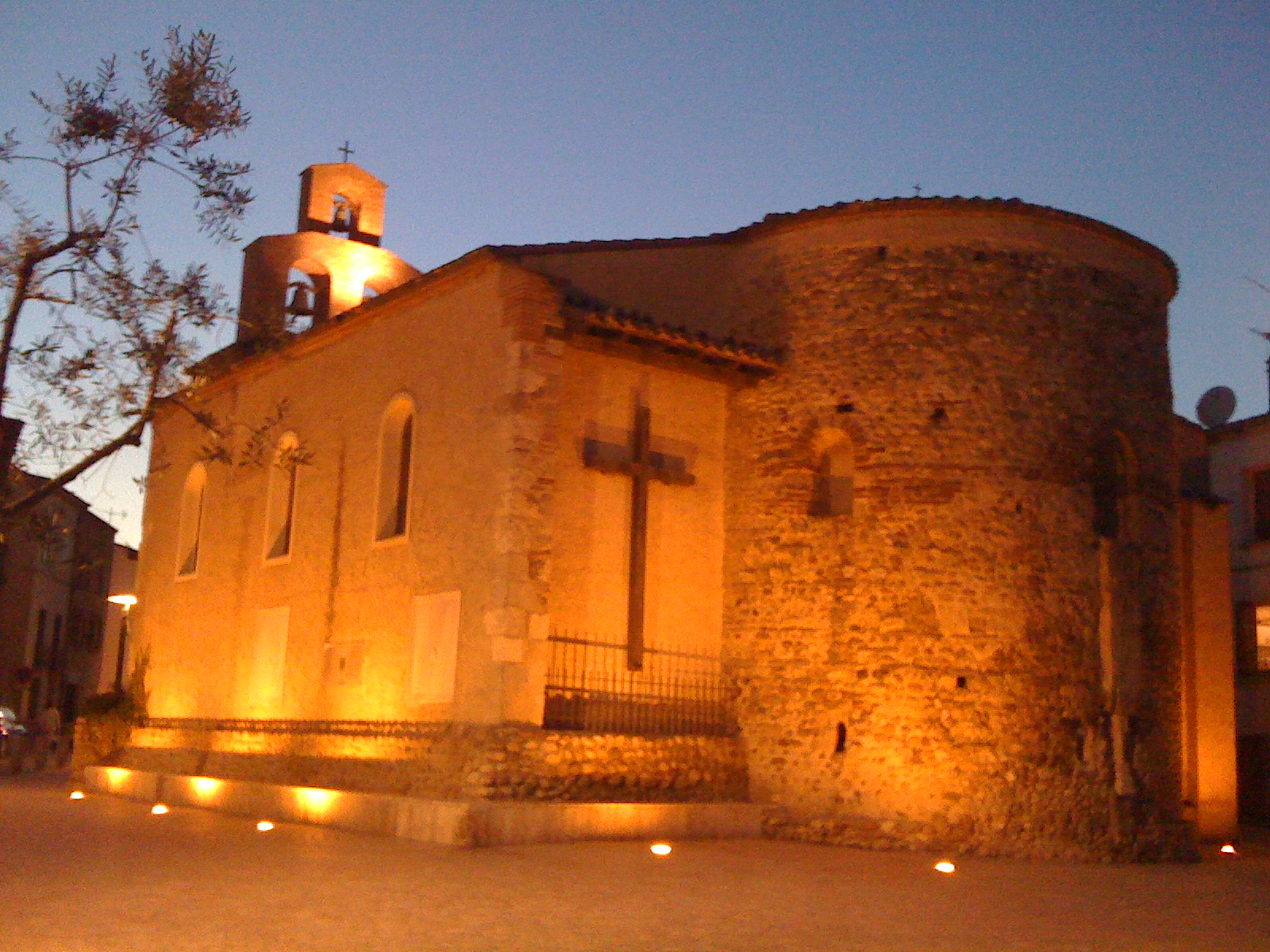 The sun was setting on the little French town of Toulouges, near where the Pyrénées meet the Mediterranean coast, when my Dutch host jumped up and exclaimed, ‘Let me show you something before it gets dark!’

Hastily putting on our coats, we stepped out into the cool dusk air and set out towards the town centre down a lane called Chemin Du Calvaire.
Evert pointed towards a cluster of tall trees ahead of us. That was where the lane got its name, he said. As we approached the trees, I saw they formed a circle about ten metres wide, with a low stone pyramid in the centre where Evert said a tall crucifix normally stood. Apparently it was presently under repair. A stone altar table stood nearby. Obviously this was a site of some religious significance.
Indeed, Evert explained, one thousand years ago on this spot–in 1027–clergy and nobility from the surrounding region gathered in solemn ceremony covenanting to obey the peace and truce of God.
This was the first place the concept of the ‘Truce of God’ was ever applied, before it spread to other parts of France, to Germany, Italy, Spain and as far north as Flanders.
Heading further into the town centre, we came to a Romanesque chapel dating back to the first millennium. Two large marble stones cemented into the wall of the church explained the history of The Peace and Truce of God in French and Catalonian languages, a reminder of when this region was still part of Spain.
Protected
The Peace and Truce of God movement was a convergence of two distinct initiatives by the Church to tame the violence of feudal society in the Middle Ages. For the implosion of the Carolingian empire in the ninth century had resulted in the splintering of France into many small fiefdoms, with local lords and knights  battling with each other for control.
The Peace of God, Pax Dei, began in southern France where church councils convened civil authorities to covenant to protect consecrated persons (widows, virgins, priests, monks, pilgrims, crusaders, merchants, the poor and other noncombatants) from violence, an agreement that lasted from the 10th to the 12th century. Churches, monasteries, and cemeteries were also declared protected property. Sundays and holy days also fell under the Peace of God, with transgressors facing the threat of excommunication. It too spread to most of western Europe over the next century.
While the Peace of God was permanent and for every day of the year, the Truce of God movement, or Treuga Dei, called for a temporary suspension of hostilities. Where the Pax Dei prohibited violence against the church and the poor, Treuga Dei was focused on preventing violence between Christians, specifically between knights. Initially it prohibited fighting from Saturday afternoon to Monday morning. Soon Thursday, in memory of the Ascension, and Friday, the day of the Passion, were included, extending the truce to span Wednesday evening to Monday morning. The text on the church wall describes how a council held in the town some 40 years later extended the peace to 319 days, leaving little room for any fighting at all!
Penance
The consequences for transgression were not to be taken lightly, as the following surviving article from a contemporary covenant testifies:
If anyone violates this peace and disobeys these commands of ours, he shall be exiled for thirty years as a penance, and before he leaves the bishopric he shall make compensation for the injury which he committed. Otherwise he shall be excommunicated by the Lord God and excluded from all Christian fellowship.
A student conference in Toulouse, two hours’ drive to the north, had brought me to this part of France, giving me the opportunity to visit Evert and  Yanna van de Poll who have been church-planting in France for many years. Evert is also a professor in church history and theology, and will again teach at our Masterclass in European Studies this summer planned for Geneva, July 28-August 1.
As with last year in Amsterdam, we will trace how the gospel has shaped Europe’s story, this time with particular reference to the development of human rights.
Why not plan now to join us?
Till next week,
Jeff Fountain

0 responses to “The Peace and Truce of God”