To kindle a vision

Last week I visited Armenia for the second time in twelve months. A Holland-sized land south of the Caucasian mountains, Armenia is surrounded on three sides by Moslem lands (Turkey, Iran and Azerbaijan), and on the fourth by Orthodox Georgia. Situated on the Old Silk Road, Armenians have suffered invasion, oppression, persecution and natural disasters since the early Middle Ages, forcing many to leave their homeland in search of a better livelihood.

Today sizeable Armenian communities are dispersed in a diaspora (Spyurk,) across the former Soviet Union, in Central Europe, in France and Germany, throughout the Middle East, in North and South America, and as far afield as Australia and New Zealand.

Armenia was the first state in the world to be officially declared Christian – in 301 AD. Yet it is one of the last European nations where a YWAM Discipleship Training School has been held. ‘European?’ Well, yes, that is debatable. Armenia usually ends up on the edges of European maps, split down the middle or totally left off. But Armenia is a member of the Council of Europe, and does participate in European Cup football.

Upstart
Aimee Honchen, one of our young visionary leaders, followed up on our visit to Armenia last year with plans to begin a “Mobile DTS” in Armenia as part of her global effort to see DTS’s established in the remaining 80 or so nations without such schools.

So last week I found myself being driven in the wee hours of the night from the airport on severely pot-holed roads towards a former Pioneer centre, an hour north of the capital, Yerevan. Here the first DTS was now under way, with students and staff drawn from Russia, Kazakhstan, Belarus, Germany, New Zealand, Australia, Canada, the USA, Mexico and, of course, Armenia.

But how should the DTS and YWAM – relate to the Armenian Apostolic Church tradition seventeen centuries old? Isn’t one of YWAM’s values to do new things in new ways? Could there be any common ground between our young, ‘upstart’, international movement and an ancient ethnically-based church that predated both Rome and Byzantium?

In search of answers to such questions, I drove with Petros Malakyan and his wife, Anahit, to attend a traditional Apostolic Church service in a country village.

Petros and Anahit came from a city devastated by the disastrous earthquake of 1988. Anahit miraculously survived the catastrophe when the multi-storey apartment block she was in collapsed, trapping her between slabs of concrete. Although confined to a wheel chair and told she would never walk again, Anahit is now fully recovered. From an evangelical background, Petros holds a Ph.D. from Fuller in California, and now lectures at the theology faculty at Yerevan University. Some of his students would be assisting in the liturgy.

Openness
As we approached the thirteenth-century stone church surrounded by snow, I was awed by the backdrop of a deep canyon, waterfalls cascading endlessly into the depths below, watched over by two snow-capped peaks on either side.

Petros pointed into the distance towards the silhouette of another church building on the canyon’s edge, with its typically Armenian conical spire. “That church dates from the seventh century,” he said. “All along this canyon there are churches regularly spaced, so that pilgrims on their way to Etchmiadzin could follow the church bells towards their destination.”

Etchmiadzin, where Noah was supposed to have erected an altar after the flood, is the Vatican of the Armenian Apostolic Church. Tradition holds that the apostles Bartholomew and Thaddeus first brought the gospel to Armenia, and were martyred for their efforts. The nation as a whole did not receive the gospel until 301, the great turning point in Armenian history. St Gregory the Illuminator, who successfully prayed for the pagan king to be healed, became the apostle of Armenia. In Etchmiadzin, he built a cathedral claimed to be the first domed church in the world, on which church architecture throughout Christendom is modelled, including St Peter’s in Rome.

Outside the church entrance, scattered stones embossed with interlacing designs and elaborate crosses reminded me of Irish Celtic carvings. Petros introduced me to the officiating priest in his black robes, before we stepped into the church building and through a curtain into an inner sanctuary. To my great surprise, the priest turned and asked if I would bring the sermon!! I had nothing prepared of course, but was told it should only be ten minutes or so, and related to the Lenten passages we would be reading. This openness to a rank outsider spoke of a humility from this tradition I was to experience more often that week.

As the liturgy began, we all turned to face the back of the church and renounce Satan and all his works. Again facing the altar, we followed the priest in a prayer of contrition, asking forgiveness for each of the cardinal sins. The two-hour ceremony that followed was translated line by line for me and I found myself in hearty agreement with almost all I heard. Especially when the priest led in prayer for all nations, and of the need to be a light to all nations…!

Ethnocentric?
The next day I encountered again a spirit of openness and humility towards me as an outsider as Petros took me to the university to meet his students. First he introduced me briefly to the archbishop responsible for the faculty, a man with a humble and gracious spirit.

Conversation with Petros’ group of 20 Apostolic students turned to Armenia’s diaspora, genocide and suffering through the centuries. One of the theology students had done a comparative study of Armenia and Israel. This led her to ask if Armenia’s suffering, like Israel’s, had been related to enthocentricity, keeping her light and faith to her own people. Although as early as the fourth century, Armenians had taken the gospel to other peoples (the first bishop in Holland was an Armenian who came to Maastricht in the 340’s), suffering and persecution had tended to make Armenians become insular and protective.

Was not perhaps the rekindling of a missions vision the main contribution that YWAM could offer to young Armenians from this long tradition?

We had been received with grace and respect by church leaders, including the local bishop who had helped our YWAMers get visas, and even held a party in his own house to introduce them to the local population.

I left Armenia with a prayer that we in turn might serve this ancient Christian people in a reciprocal spirit of blessing, humility and openness. 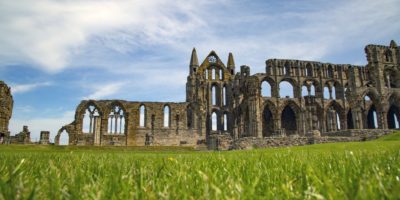