Religion is toxic. Spirituality is cool.

How often have we heard people say: ‘I’m not religious but I am spiritual’? Perhaps we even express it ourselves.

Abraham Kuyper therefore sounds a century out of date when he unashamedly refracts the Christian religion through his Calvinist prism to discover ‘good news for science, art and culture’. Calvinism was the religion necessary for human flourishing, in his view. It ‘united God and humanity; the individual and society; head, heart and hands’. It was the religion of all of life lived in God’s presence (coram Deo).

‘Calvinism’ may suggest to us a narrow dogma of predestination and a God who arbitrarily sends people to hell or to heaven. But Kuyper refers to something much broader and richer. While not actually defining religion, his vision of human life lived well was when lived ‘in all its breadth and depth, individually and collectively, to the glory of God’.

What do most people think of by ‘religion’? Terms like ‘boring rituals’, ‘endless sermons’, ‘hypocritical priests’ or ‘outdated bigotry’ express common complaints. And often are justified. But is that the full story?

This week our online learning community ‘Engaging the world with Abraham Kuyper’ tackled his second of the Lectures on Calvinism, delivered in 1898 at Princeton Theological Seminary in America: ‘Calvinism and religion’.

As I wrote last week, these lectures are probably the best introduction to Kuyper’s thinking, delivered at the peak of his career to an English-speaking audience unfamiliar with the Dutch context. He outlines a Christian worldview giving a framework addressing the three fundamental human relationships: with God, with others and with the world.

His first lecture explains the concept of worldview. This second lecture addresses human relationships with God and the spiritual realm: religion. His subsequent lectures address the implications of this ‘religious’ dimension: in politics, science, art and the future. True religion for him opens the possibility for positive transformation in the world, both in individuals and society.

This second lecture is probably the heaviest and most theological. To be honest, if I had been among the forty-odd original listeners, I’d have struggled to follow him – if I hadn’t already fallen asleep. But then I would have missed profound insights still crucial for us even in the twenty-first century.

Kuyper posits four questions about religion before offering his ‘Calvinist’ answers. Contemporary theologians and philosophers viewed religion as an extension of human personality. So Kuyper begins asking, in effect: Is religion merely a human phenomenon? Who is religion about: humans or God?

Religion ‘produces a blessing for man, but it does not exist for man’, he responds.While God has planted an innate sense of himself in every being, making humans religious beings, ‘religion is primarily about God and only secondarily about humans’.

His second question is, does religion need an intermediary church, priest or sorceror between God and the soul? Pure spiritual religion, he answers, is without any creaturely intercession, and involves direct communion between God and the human heart. All believers, not merely a priestly class, share in Christ’s priesthood. This view that religion was for the ordinary person motivated his concern for the ‘little people’, de kleine luyden, blue-collar Christians from whom he drew his main support in the Netherlands.

Thirdly: does religion concern only the ‘sacred’ realms, private matters of the heart or morality, or does it engage all of human life? Rome, he contends, draws a sacred/secular boundary line with clergy and cloister in the Holy of Holies, pious laity forming the Holy Place, and ordinary church-goers in the Outer Court ‘setting nine tenths of practical life outside of all religion’ and, as during carnival, ‘preferring the often sinful pleasures of the world’ over church-devotion.

No, he counters, true religion implies that ‘to whatever he may apply his hand, in agriculture, in commerce, and in industry, or his mind, in the world of art, and science, (man) is…constantly standing before the face of his God,… and above all, he has to aim at the glory of his God.’

Lastly: does religion reflect our default way of life as normal or does it direct us towards a new way of living? i.e. does it aim to change the world? Can religion be a positive force for good in our world? True religion cannot view the present human condition as normal, but abnormal, fallen short of God’s intention. Religion is thus necessarily soteriological, he writes, meaning it is about the regeneration of individuals and the restoration of all that was lost through the fall. 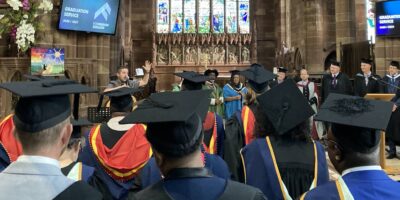 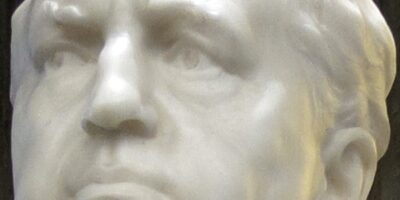