What makes a series of lectures – delivered by a Dutch clergyman late in the 19th century to an audience of a mere forty listeners in an American seminary – relevant to global readers in the 21st century?

What did this man – with a ‘gift’ of alienating his most loyal supporters, branded as a troublemaker and lampooned by editors and cartoonists in the press of his own nation – have to say then that provided ‘much needed oxygen’ now, inspiring scholars to write books and articles about him a century after his death?

Why have noted academics like Craig Bartholomew and Nicholas Wolterstorff, John Bolt and James Bratt, Vincente Bacote and Richard Mouw, Michael Wagenman and Jonathan Chaplin, Peter Heslam and George Harink contributed to a recent wave of publications exploring the ongoing importance of this man’s example and writings to our contemporary challenges?

What the Dutch polymath Abraham Kuyper can teach us about engaging our world is the subject of our current Schuman Centre Learning Community held online every second Thursday evening. With the help of some of the above-mentioned authors, we are working our way through his famous Lectures on Calvinism, delivered at Princeton Theological Seminary in 1898.

Your preconceptions about ‘Calvinism’ may well be thoroughly challenged by following this series – and its not too late to join in. What Kuyper calls ‘Calvinism’ is an all-embracing bible-based worldview explaining the sovereignty of God over every aspect of life and creation. These lectures reveal why Kuyper can truly be called the father of Christian worldview thinking.

Peter Heslam, in his treatment of these lectures, ‘Creating a Christian Worldview’, gives reasons why Kuyper is significant for us today. The first is his own contemporary impact in multiple fields as he sought to shape the future of the entire sociopolitical order. He was recognised by friend and foe as ‘a’ – if not ‘the’ – leader in Dutch church life, politics, journalism and education.

Secondly he has profoundly influenced many other key thinkers and institutions on several continents. Next to those already mentioned, others shaped by the Kuyperian school of thought include Herman Dooyeweerd, Francis Schaeffer, Hans Rookmaaker, Alvin Platinga, Bob Goudzwaard, Elaine Storkey, Tom Wright, Oliver O’Donovan, Alister McGrath and Lesslie Newbigin.

Thirdly, Kuyper’s teaching on social pluralism is being recognised as a viable response to a tragically polarised world, where many Christians are tempted to believe society can be redeemed by installing Christians in positions of power in each life-sphere.

Lectures on Calvinism (LC) is the best place to start grasping Kuyper’s thought. He wrote an overwhelming 20,000 articles (that’s one every day for 50 years!) and 200 books, in Dutch. In contrast, LC is a concise introduction (200 pages) written and delivered in English to an audience unfamiliar with the Dutch context.

The two sessions so far of our learning community have covered a general introduction to Kuyper. In his first lecture, Kuyper introduces the concept of a life- and worldview as a comprehensive framework for all of life, offering a consistent description of a person’s relationship to God, other people and the world – the three fundamental relationships for all human life.

In Kuyper’s view, there were only four such consistent world-views: Paganism, Islamism, ‘Romanism’ (pre-Vatican II Catholicism) and Calvinism. By the last term he did not simply mean a narrow confessionalism of dogmatic predestination. Rather he meant a ‘scientific, historical, philosophical and political life-system’ applying and upgrading Calvin’s teachings for the modern context. This, he (sweepingly) claimed, was the worldview which had shaped the society and governments of Switzerland, the Netherlands, Scotland, England and the United States.

This coming Thursday, 19.30-21.00 CEST, we look at the second lecture: Calvinism and Religion. Write to me for the link and access to the recordings of the first two sessions. 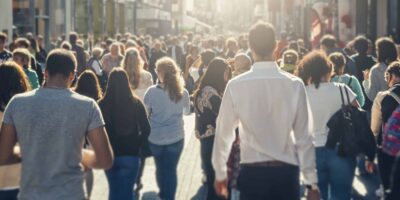 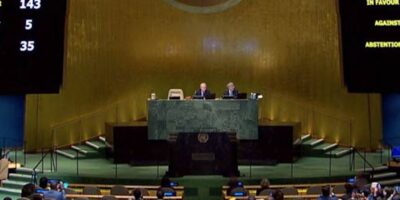