On both sides of the English Channel, Protestants are most likely to be Euroskeptics while those with a Catholic heritage are more pro-EU, according to recent research.

Six out of every ten of British Baptists, for example, are likely to vote to leave the EU, compared to only 41 per cent of those of no religion, 38 per cent of Muslims, 34 per cent of Jews and 13 per cent of Hindus who are likely ‘leavers’.

This may be surprising, when Christians are supposed to live according to the Great Commandment to love God and neighbour, including neighbouring countries. In twenty years of travelling across Europe as European director of YWAM, I discovered that generally the further north one went, the more Euroskepticism one met. Most Protestants, particularly evangelicals, did not seem to have a framework for thinking about Europe other than in terms of popular eschatological scenarios of Europe as a ten-headed beast, or as the whore of Rome; that the EU was a Catholic plot, a first step towards a feared one world government, a vain attempt to rebuild Babel.

Yet none of these scenarios helped believers understand how God’s kingdom should come and his will be done on earth as they presumably prayed for in the Lord’s Prayer. My own Baptist/charismatic background also did not equip me to ask what sort of governmental models would best incarnate the teachings of Jesus concerning love, justice and truth. My personal odyssey led me to find answers both in Reformed/Kuyperian perspectives and later in Catholic social teaching.

Apparently whole congregations are being encouraged by their pastors to vote ‘leave’ based on this sort of scenario. Yet Protestants and evangelicals are widely unaware of the wonderful story of Christian forgiveness and reconciliation at the birth of the European project, of the prayerful concern for post-war Europe to be rebuilt on Christian foundations shared by founding fathers like Schuman, Adenauer and De Gasperi, and of the inspiration these men drew directly from Jesus’ teachings to love and forgive one’s enemies.

Surely as Christians, we need to do better than this! But it would mean a big change in thinking and a humble preparedness to learn from streams other than our own. For our evangelical tradition has developed very little political theology and social policy. Until just over forty years ago, evangelicals frowned upon social engagement as being a distraction from the real task of saving souls. Politics was dirty and Christians should not be involved, for example. Fortunately many are now realising this is the very reason why Christians should be involved, as salt and light! But too often we have rushed naïvely into the public square without much understanding. Sometimes with disastrous results.

Yet biblically-rooted social and political teaching does exist. The four pillars of Catholic social teaching–human dignity, common good, solidarity and subsidiarity–have been built into the warp and woof of EU thinking. Abraham Kuyper’s teaching on sphere sovereignty profoundly shaped Dutch politics over the past century.

More recent efforts such as Relational Thinking by Dr Michael Schluter, offers parameters for promoting a relational Europe, encouraging relations between nations and peoples by seeking common purpose, continuity with each other, choosing proximity (moving towards rather than away from each other), engaging in a multiplexity of environments, and respecting parity, (the integrity of other parties regardless of size or rank). I was reminded of this parity principle a few days ago on a visit to tiny Malta which is preparing to take on the presidency of the EU next year with its population of a mere 450,000!

After Brexit, whichever way the decision goes, the question about Europe’s future will only get more urgent. Where can we find biblical answers? We certainly don’t have all the answers in the Schuman Centre, but we try to create space to seek these answers together, through events like the State of Europe Forum, Heritage Tours and the annual Masterclass in European Studies.

The next Masterclass is only six weeks away, 2-7 August, in Leuven. If you are a pastor, missionary, professional, teacher, student, politician, or simply concerned about Europe’s future, I know of no better course available as a starting point to seek biblical answers for the pressing issues concerning tomorrow’s Europe. There’s still space for you. Register here today. 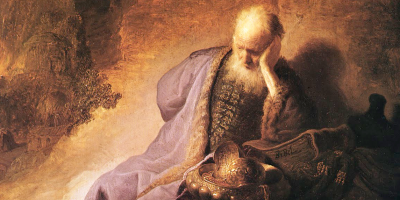 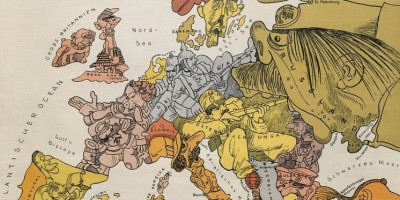