For many, this weekend has been a time to weep: young Britons feeling betrayed by their elders, the Scots, many Northern Irish facing the prospect of a border again with the south, the one million Europeans living in London, the millions of other Europeans living in Britain, the 2.2 million ex-patriot Britons living elsewhere in the EU, the population of Gibraltar… and many ‘leavers’ who are slowly waking up to the enormity of what they voted for and the hollowness of the promises they believed.

Tomas Halik, priest and professor from Prague, and last year’s keynote speaker at the State of Europe Forum in Riga, wrote an open letter to Britain last week saying that his fellow Czechs had painful memories from 1938 when the voice of isolationism, insisting on “the national interest” had prevailed in Britain. Prime Minister Chamberlain then rejected solidarity with Czechoslovakia–”a far-away country… people of whom we know nothing”. ‘Citizens of Britain, please opt boldly to reject the temptation to betray Europe, our common homeland,’ he pleaded.

Some rejoiced at Friday’s outcome. As did many with Chamberlain’s infamous promise of ‘peace in our time’. My mind drifts to Jeremiah, the weeping prophet, who after warning again and again, saw his beloved Jerusalem and temple destroyed. Despite his grief, he could still affirm: ‘The steadfast love of the Lord never ceases; great is your faithfulness.’ (Lamentations 3:22,23). The exile still happened. But despite man’s folly, God remained sovereign.

What a tragedy! A nation plunged into crisis, its two main political parties in leadership crisis, with no clear path to a stable future. A sober warning to any other European nation considering a referendum.

Here’s the good news. All across the continent, the discussion about Europe’s future is now in full swing. And that’s far too important to leave just to the politicians. We all need to be informed and involved.

The danger of course is that the toxic of the Brexit debate could spread. The Remain camp, after decades of trashing something called ‘Brussels’, argued for staying in the EU as the lesser of two evils. Both sides played the fear card. No one shared a constructive vision of what that future should look like.

So here’s our immediate challenge: to articulate a credible vision of the kind of Europe we need. Robert Schuman dreamed of a ‘community of peoples deeply rooted in Christian values’, a Europe where nations cooperated towards the common good, a Europe of inclusion, generosity, hospitality, interdependence, respect, compassion and solidarity. To rephrase JFK, the question was not, ‘what can Europe do for us?’ but ‘what can we do for Europe?’

Here’s another glimmer of hope peeking through the clouds of doom and gloom with which Black Friday dawned: Brexit may never actually happen. Sure, we all know the referendum result. But who dares activate Article 50? David Cameron quit on Friday, making it unlikely any successor will be able to start that process until the autumn. Boris Johnson, the leading candidate, seems not to have a clear plan what to do next, as if he never really expected to win. The drastic consequences of Brexit are beginning to dawn on him too.

Who then, asks the Guardian, will want to have the responsibility of all those ramifications and consequences on his/her head and shoulders? Boris Johnson… has been out-maneouvered and check-mated. If he runs for leadership of the party, and then fails to follow through on triggering Article 50, then he is finished. If he does not run and effectively abandons the field, then he is finished. If he runs, wins and pulls the UK out of the EU, then it will all be over – Scotland will break away, there will be upheaval in Ireland, a recession … broken trade agreements. Then he is also finished. Boris Johnson knows all of this. The Brexit leaders now have a result that they cannot use. For them, leadership of the Tory party has become a poison chalice. When Boris Johnson said there was no need to trigger Article 50 straight away, what he really meant to say was “never”.

Meanwhile, the petition for the government to implement an EU rule on referenda–that since the winning vote was less than 60% based on a turnout less than 75%, there should be another referendum–has gathered some 3.5 million signatures in three days! (Ironically, it was initiated by a ‘leaver’ when the outcome was expected to favour ‘Remain’.) Imagine: an EU rule could be a face-saver for Westminster!

No one pretends the EU is a perfect institution. It’s still a work in progress, changing all the time through input from all member states. Europe’s future will be our major focus during the Masterclass in Leuven, 2-7 August. Surely now is the time to face this question. Now would be a good time to join us in Leuven. 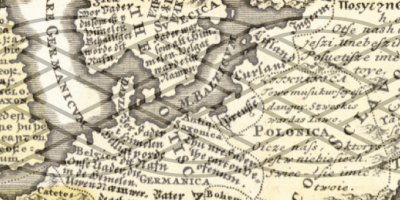 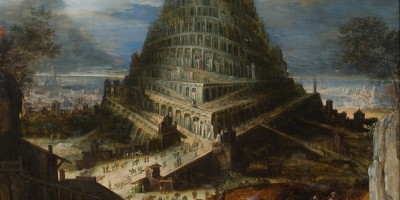