The week already began on a pessimistic note. On Monday, Frans Timmermans, vice president of the European Commission, confessed his personal fears of the European project being torpedoed by rising nationalism. He talked of a perfect storm gathering, with the refugee crisis following hard on the heels of the economic crisis.

And then came Friday 13th. Paris. Bloodshed. On the street, in a theatre, in a restaurant, at the football stadium. Chaos. Confusion. Fear. Anger. Grief.

The attack came as my wife and I were attending a European conference of Together for Europe in the south of the Netherlands. Delegates from nearly forty movements and organisations, Catholics, Orthodox and Protestant, came from many European countries, including France, for this annual event. Shocked and sobered, we reconvened for Saturday morning’s session, where Thomas Römer, of the YMCA in Munich, was to speak on the topic: Faith in the midst of today’s challenges and fears.

Thomas quoted Timmermans saying that if the politics of hope did not replace the politics of fear, the European project could disintegrate. And now this massacre was creating more fear, confusion and insecurity. IS had struck again: after Charlie Hebdo ten months ago, and the downing of the Russian airliner in the Sinai, now this.

Thomas pointed to the story of Jesus and the disciples caught in a storm on the Sea of Galilee. The wind and waves threatened. The disciples felt danger, fear and panic. And yet Jesus was sleeping. ‘Master, master, we’re going to drown!’ they cried, waking Jesus.

Europe is in trouble. Waves of refugees are threatening to sink the ship, some say. And Jesus seems to be sleeping, Thomas said, before reminding us that Jesus was in the boat with the disciples, and is in the boat with us today. Luther, he said, spoke of God’s hidden grace, his hidden work and presence behind the scenes working out his purposes.

As he spoke, I recalled that my first weeklyword of this year (5 Jan) responded to the tragic reports in 2014 including Ukraine, Crimea, Syria, MH17, the bizarre fate of MH370 and more. What more tragedies awaited us in 2015? I had asked. Days later came the Charlie Hebdo massacre.

Like the disciples in the storm on Galilee, I wrote, we want to cry out to Jesus, ‘Don’t you care if we drown?’. Yet nobody could promise us that the new year would be better than 2014, I admitted. ‘Fact is, we still live in a fallen world. Accidents and tragedies will continue to happen this year.’ Then I had told how Rembrandt’s painting of Jesus calming the storm had been a key image for my wife and me in making sense of that turbulent year.

In this scenario, Jesus spoke the words ‘Quiet! Be still!’ The wind obeyed and it was completely calm. Jesus never promised his disciples personal peace and prosperity. He did however promise to give them and us peace in the midst of storms, a peace the world doesn’t understand.

Thomas continued, contrasting the response of Jesus with our own inclination to fear and powerlessness, rage and aggression. Jesus creates peace through the word, not violence–which only spreads more fear. The word of Jesus can still the storm, the fear, the rage. He turned to the disciples and asked: Where is your faith?

We Europeans now face the test as to how we respond to this violence spilling over from the Middle East. And here is a key question: Where is your faith? Where do we draw resources from to respond in an opposite spirit? Does a secularised Europe have any real basis for faith in the core values stemming from the story which made Europe Europe in the first place? The headline in Saturday’s edition of the secular Dutch paper, NRC Handelsblad, written before the attack, read: We have lost our faith; and the emptiness is huge. What has come in the place of religion? the article asked. Populism fills the emptiness with fear for the norms and values of the foreigners. Fundamentalism claims to offer the alternative for the emptiness.

In another edition of the same paper, another writer suggests we should be more worried about the weakness of our faith in European core values than about the supposed strength of radical Islam. He echoed Angela Merkel’s concern voiced recently in Bern when she asked why more Europeans were not practising their faith rather than lamenting about Muslims practising their faith in Europe.

As we discussed and prayed in small groups in response to Thomas’ words, one person recalled the warning of a bishop from Iraq: ‘We Christians in the Middle East have been persecuted for centuries. This is normal for us. But I doubt if you Europeans are capable of responding in love and forgiveness to this sort of violence.’

0 responses to “Where is your faith?” 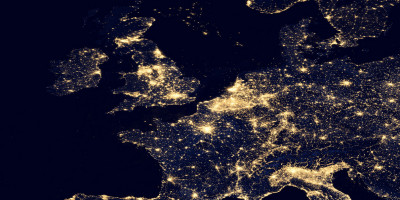 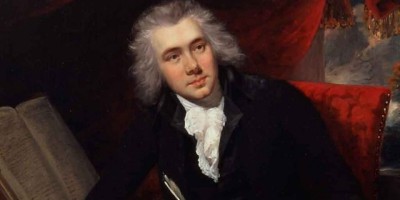