In England at least, the New Year has made a promising start. Last week I visited an annual gathering of British mission agencies engaged in (the rest of) Europe. Now that in itself is a good start. 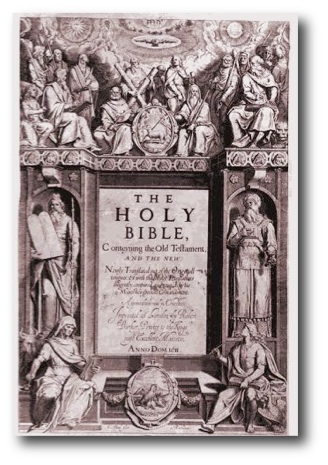 For Brits interested in the rest of Europe are not such a common breed, I have discovered over the years. So I’m glad to be part of these gatherings. (Come to think of it, Brits are not the only Europeans who find it difficult to think ‘European’.)
Conversation in the corridors also was buzzing about BBC programmes over Christmas and further programmes to be broadcast this year.
A four-part series covering the story of the Nativity was aired on the Beeb, prompted by the success of The Passion. Tony Jordon, the lead writer of the long-running EastEnders television series, was contracted to write and produce the series. He confesses he did not know if he believed in the story when he started–’a nice Christmassy story with a baby in a manger’. He had never really thought much about it, he admits.
So he set out to talk to historians and scientists who, he says, ‘did everything they could to convince me that the story never happened’. It had been a story patched together from various sources, he was told, and the census bit was invented to make it fit Old Testament predictions about the Messiah being born in Bethlehem.
After a couple of months, he had been convinced the story never happened. But the more research he did, the more he realised there was much more to the story that he didn’t know. Conversations with ‘people of faith’ helped him come to believe that the story did actually happen, more or less as he portrayed it.
The actual filming of the birth of Jesus scene on location in Morocco was ‘incredibly moving’, he reported. ‘I spent most of the filming process sobbing like a baby’, he said.
Jordan described working on the drama as a journey in understanding and belief, leading him to believe that the story was indeed true. His hopes for unbelievers watching the series was that ‘it might make them think twice’.
Unparalleled
If we don’t expect that sort of coverage from the BBC, we’d better get used to change. For 2011 is the 400th anniversary of the King James Bible (KJB), and the BBC has already started giving major coverage to the profound impact this Bible translation had on the English language. And indeed on the culture of the English wherever they spread in this world.
This promises to be a year of great opportunity to address the widespread biblical illiteracy in Britain and far beyond. With the 500th anniversary of the Reformation a mere eight years away, we should be learning from the British example to see how we can best wake up Europeans to the unparalleled influence of the Bible translations into the various European languages on European culture.
This past Sunday, BBC’s Radio 4 pushed other programmes aside for a day of readings and commentaries on the KJB. Not everyone was happy. The president of the UK’s National Secular Society objected that the BBC was supposed to be for everybody, not just Christians. To devote a whole day to a minority was unfair to other listeners, he argued. But a BBC spokesman responded that the King James Bible was generally accepted to have had a significant impact on Britain’s language, the arts and music. ‘On that day, we have chosen to pay tribute to the Bible,’ he reasoned.
Subversive
The BBC website announced: The King James Bible is everywhere. We see it in hair commercials, film titles, novels, music, even in the way we speak. It is lauded with praise as "The great monument to English Prose." But how and why has it achieved such a status? What is its significance in the English speaking world?
The KJB had a great power to challenge and subvert, the BBC blurb concluded, but also to amuse and entertain. ‘It constantly reinvents itself for new audiences and situations. The KJB is very much alive today and pops up in the most surprising of places.’
Including the BBC. Until next Sunday, you can download the readings for free from the BBC website. Each reading is introduced by cultural commentators, including Rowan Williams, the Archbishop of Canterbury.
Throughout the coming year events celebrating the KJB will be held from Aberdeen to Plymouth in Britain, as well as in the English-speaking world– and in Leuven, Belgium. William Tyndale, whose Bible translation laid the foundation for the KJB, was martyred near Brussels. His last prayer was: ‘Lord, open the King of England’s eyes.’ (See map)
So, you see what I meant by a promising start to the New Year.
We’ve also made a promising start to the registrations for the HOPE•II Congress in Budapest, May 9-13 this year. The early bird registration deadline has just been extended to the end of January, giving a considerable discount.
Would you consider being part of this rare opportunity to meet other Europeans who may share your passion? Participants sign up for a specific network, the full list of which can be found on the HOPE•II website.Planning the plenary programme has given me a growing excitement at the world class input we will receive.
We are also looking for people to help us in the preparation, with management and administrative skills.
Write me if maybe you could help us: jeff@schumancentre.eu.

©Jeff Fountain – Weekly Words are the personal reflections of Jeff Fountain and do not necessarily express the official position of YWAM or Hope for Europe.
They may be reproduced with due acknowledgment. Past WW's may be viewed and downloaded at: www.ywam.eu/weeklyword
To subscribe or unsubscribe go to www.schumancentre.eu/subscribe