Sixty years ago, when the Treaty of Rome was signed to start the European Economic Community, many protestants saw clear proof of a ‘Roman plot’ to fulfil the end-time scenario in Revelation 17 of a revived Roman Empire.

Actually what the ‘men in black’ from Germany, Italy, France, Belgium, Luxembourg and the Netherlands signed on the day was a 180-page document made up of largely empty pages. The official document with the agreed text was still on a train from Brussels held up somewhere on the Swiss border. Authorities however decided to proceed with the ceremony in which the signatures were added to a pile of blank paper.

Nevertheless, the intentions were genuine and resulted in a region free of trade and price barriers, a step beyond the nascent European Coal and Steel Community towards today’s European Union. The Rome ceremony of March 25, 1957, is currently being referred to in the media as ‘the birth of the European project’; yet the official birth-date is May 9, 1950, when Robert Schuman presented his surprise proposal for the pooling of French and German coal and steel industries in a three-minute speech in Paris.

In what must surely count as ‘the defining moment of post-war Europe’, Schuman’s Declaration laid the foundation of the European house in which today 500 million Europeans from 28 (soon to be 27) nations live together in peace. This is why May 9, and not March 25, is called Europe Day. This fact remains a best-kept secret in some of the founding member nations like the Netherlands, but is widely known in newer member nations like Slovenia, which I visited last week.

My visit there was timed to present the Slovenian translation of my book about the Schuman story, Deeply Rooted, which Družina Publishing House had planned to bring out in time for the Treaty of Rome 60th anniversary. Involved in the presentations were the former prime minister and present MEP, Lojze Peterle, former ambassador to Brussels, Igor Senčar, and professor Igor Bahov, each of whom contributed forewords to the new translation.

If Schuman could have observed the commemorations in Rome this past weekend, he would have been very surprised at the growth of the community he had fathered. For in 1950, Stalin was still tightening his iron grip on half of Europe. Only dreamers and visionaries dared to foresee the day when eastern and central European countries would be reunited with their western counterparts.

Yet Schuman would not have been surprised at Britain’s choice to leave the EU, a process to begin this very week. No doubt, like many today, he would have been disappointed. Yet from the very start he warned that Britain would always find her relationship with the rest of Europe awkward, given her loyalties to the Commonwealth and her special historic transatlantic relationship.

One Dutch newspaper likened today’s EU to an old aunt who thinks she is acting in everyone’s best interest, yet is increasingly resented by younger family members for her meddling in their affairs. But, the editorial suggested, these younger members had forgotten–or were too young to remember–the key role this ‘aunt’ had played in resolving family fights and bringing everyone around the table. Suppose she would disappear, as some seemed to wish; she would be sorely missed.

Today, once more, Europe is at a crossroads. That is nothing new. The history of the European project is a story of many crises, each one another uncertain step towards an unknown future. Schuman himself lived through many crises, buoyed by his Christian faith and his commitment to ‘a democratic model of governance which through reconciliation develops into a community of peoples in freedom, equality, solidarity and peace and which is deeply rooted in Christian basic values’.

Here is a project far too important to leave just to the politicians. As Christians, we cannot remain standing on the sidelines with critical attitudes, trying to fit developments into our end-time scenarios. Tomorrow’s Europe is our collective responsibility. Granted, the European Union is a very imperfect human project, not to be confused with God’s kingdom or the church. Yet we are told to pray for God’s kingdom to come, that is, for his will to be done in Europe as it is in heaven. Our starting point should not be that God has predestined Europe ‘to become the Beast’. Rather we should acknowledge that it is always God’s will for his will to be done–also in Europe.

What might that look like? With that question in mind, we hold the State of Europe Forum each year–to bring European believers from different backgrounds and callings to seek together a way forward towards ‘a community of peoples in freedom, equality, solidarity and peace’.

Can I invite you to join us in Valletta, Malta, on May 7 & 8, as we pray and work towards a Europe of ‘hope, healing and hospitality’? 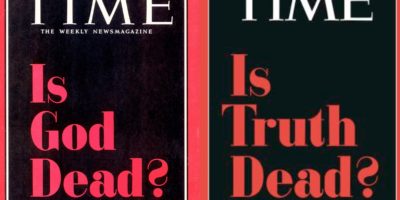 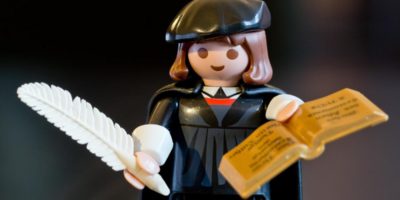