The Dutch elections were not the only show in town last week in The Netherlands.

On Thursday, when the headlines carried Mark Rutte’s gleeful declaration that the ‘wrong sort of populism had been stopped’, my wife and I joined others in our town to hear a German professor describe the widespread influence of the German reformer and his presumably ‘right sort of populism’ on the Low Countries. In fact, the Netherlands owed its very existence to the Reformation, after a revolt by both Protestants and Catholics against ruthless Spanish repression of religious dissent. William of Orange championed freedom of conscience and of worship, issues again at stake in last week’s elections.

On Friday, I found myself in the Blue Mosque in Amsterdam among a mixed audience of Muslims and Christians. We listened to the former moderator of the Protestant Churches in the Netherlands explain the profound impact of the Reformation on both Dutch history and western society. For it had shaped literacy, the recognition of the individual and the rise of democracy (each person counts), science, education and the Protestant work ethic. A Moroccan professor teaching in Germany responded by acknowledging the need for Muslims to reform themselves as they sought their place between ‘believing and belonging’, being ‘faithful Muslims’ and ‘good Europeans’. This respectful dialogue between Christian and Muslim modeled a bridge-building antidote to populist fear-inducing polarisation.

Trinity
On Saturday my wife attended an ecumenical event initiated by the Focolare movement with speakers from Catholic, Protestant and Pentecostal backgrounds, seeking a common way forward. Dr Hubertus Blaumeiser, a Focolare theologian who studied Luther’s theology of the cross at the Gregorian University in Rome, asked how the journey towards unity could be advanced, and not just between Catholics and Lutherans. Unity in diversity was a gift of God, a work of grace. That didn’t mean just being nice to each other and going our own ways; nor becoming a federation of churches or one uniform institution. Luther, he said, pointed to the Trinity as the model of diversity in unity and unity in diversity. Jesus had prayed for his disciples to become ‘one as we are one’: distinct entities forming one whole in mutual respect and radical solidarity. In full communion. Real unity in real diversity. Only possible in and through Christ. A true work of the Spirit.

On the same day, I was in Friesland introducing a group of fellow travellers to Menno Simons, Holland’s only reformer, a key leader in what is often called the Radical Reformation. Building on Luther’s work, these radical reformers, or Anabaptists (re-baptisers), applied the sola scriptura principle more rigorously. For them baptism by immersion was the outward sign of the inner choice for Christ’s lordship. Followers of Menno called themselves Mennonites, and some influenced English dissidents who returned from a sojourn in Amsterdam to start the Baptist movement in England.

Books and glossy magazines on Luther and the Reformation–alongside an iconic Playmobile figure–are raising awareness of the breadth and depth of the Augustinian monk’s influence right through to the present time. Some approach their subject with post-modern lightheartedness, asking for example what kind of car Luther would drive in today: a cabriolet, so he could see more of God as he drove? or, as a man of the people, a Volkswagen?

Discovery
Many Catholics seem to be discovering Luther afresh in this Refo500 year. Following the lead of both Pope Benedict XVI and Pope Francis, clergy and lay alike are recognising Luther’s enormous contribution both to church history and European society. In 1999, Benedict as Cardinal Ratzinger played a key role in the formulation of the Joint Declaration on the Doctrine of Justification (JDDJ) in which Catholics agreed with Lutherans that believers were justified by faith and grace alone.

Bishop Gerard de Korte, another Catholic speaker at Saturday’s ecumenical event, described Luther as a great Christian, a theologian with enormous impact. Writing in a special glossy published by a leading secular magazine, he saw the Reformation as something that could bind Christians together today. What we had in common was greater than what separated us, he stated in a tone refreshingly different from those of earlier times.

Luther certainly had his darker side, including a streak of antisemitism in later life. Yet his positive legacy–and that of fellow Reformers like Zwingli, Calvin and Knox–has shaped whole nations including Switzerland, the Netherlands, Scotland, England and the United States. We can expect its influence to live on in nations, including those traditionally Catholic, long after today’s populism has peaked and waned. 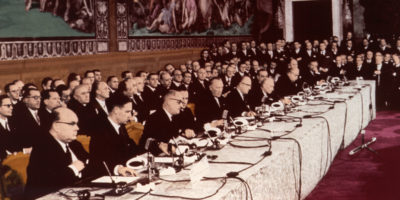 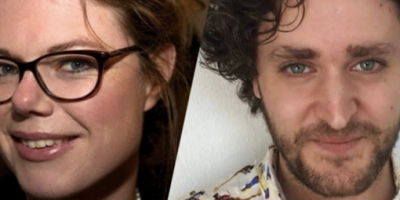