Wherever the Irish are in this world, they’ll be painting the town green tomorrow, St Patrick’s Day–if they haven’t already started. Even in the Netherlands, green will dominate the Grote Markt in the centre of The Hague, where there’ll be Irish dancing, music and Guinness beer flowing.

Celebrations have already begun in London, where 900,000(!) ethnic Irish live. Trafalgar Square was a sea of green yesterday afternoon as revellers danced and jigged to Celtic music, dressed in outlandish outfits. 150,000 are expected to participate in a Patrick’s Day parade in London tomorrow, following a practice first started by homesick Irish immigrants in New York over 200 years ago on the traditional anniversary of the saint’s death. Some 15 million will take part in the countless celebrations this week worldwide.

And why not? For St Patrick’s Day should commemorate the spiritual tidal wave that swept eastwards from what Ireland’s apostle himself understood to be ‘the ends of the earth’, through the British Isles, across the Channel to what is now France, the Low Countries and Germany, down into Switzerland and over the Alps to northern Italy.

Few no doubt will be drinking their Guinness to the spiritual revolution that Patrick’s mission of AD432 to his former captors sparked, transforming an island of pagans into what became known as ‘the island of saints and scholars’. But it’s worth taking a moment to reflect on what Europe might have looked like without the Christian Celtic influence that started with Patrick.

Collapse
The title of Thomas Cahill’s popular book, How the Irish saved civilization, boldly claims that the conversion of the Irish had huge conseqences for western society after the collapse of the Roman empire and the subsequent loss of classical knowledge.

The monastic communities the Celts established, first in Ireland, then Scotland, followed by England and across onto the continent, became centres of learning, culture and scholarship, where surviving western manuscripts were painstakingly copied in scriptoria and libraries were established. Monasteries became the storehouses of the great works of western literature.

The Irish were the first to separate words on the printed page, invent lower case letters and devise paragraphs. They produced the magnificent Book of Kells, the Book of Durrow and many other masterpieces. Illustrations included whimsical cartoons of cats, mice, birds and others animals in a playful, almost irreverent, sense of humour. Mixing Christian and Celtic motifs, the manuscripts unite the beauty of both cultures, reflecting Patrick’s genius to enhance rather than obliterate the pre-Christian culture.

Cahill points out that historians often focus on the classical or medieval periods but forget the vital Celtic link between the two: ‘Without the Mission of the Irish Monks, who single-handedly refounded European civilisation throughout the continent in the bays and valleys of their exile, the world that came after them would have been an entirely different one–a world without books. And our own world would never have come to be.’

Patrick’s bold mission to Ireland was followed by outreaches by Columba  to Scotland, Aidan; Chad and others to the English; Columbanus and Gallus to France, Austria, Switzerland and Italy; and Magnus to southern Germany, to name a few. The mission momentum continued after the Celtic Church was assimilated into the Roman Church in the 7th century, with Willibrord reaching out to the Friesians and Boniface to the German Saxons.

Shamrock
Rainer Wälde has captured journeys on the trail of these Celtic saints on his excellent videos available online via the Northumbria Community. This summer, my wife and I will travel with a group of modern pilgrims on the Continental Heritage Tour, July 4-19, to learn more about the influence of the Irish Celts and others who shaped Europe through their faith. Come with us!

Lastly, what’s with the green? You wouldn’t need to ask that if you had ever been to the Emerald Isle where the rainy climate keeps the vegetation lush. And there’s the three-leafed shamrock, the sacred plant of the druids, by which Patrick is supposed to have illustrated the concept of the Trinity. Whether he actually did or not doesn’t matter to the Irish. So long as it’s a good story. 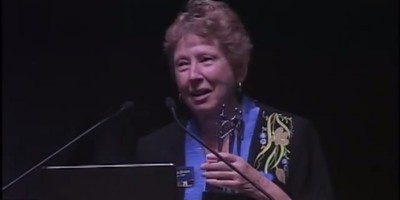 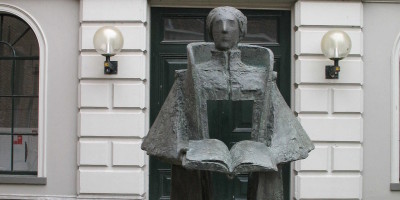