Facts and figures were not the essence of education; norms and values were. That was the core belief of the inspiring fourteenth-century educational pioneer, Johan Cele, whom my wife and I revisited on an evening walk through a 600-year old district of the city of Zwolle last week.
With about a hundred others, we made our way through the moon-lit cobbled lanes between the original school buildings the Devotio Moderna–Modern Devotion–movement set up for rich and poor alike.
Local expert Mink de Vries kept us all enthralled with his passionate and colourful commentary about this religious reform movement which called for renewal through humility, obedience, devotion to Jesus and simplicity of life.
The conversion of the successful merchant Geert Groote marked the starting point of a movement dissatisfied with existing church life and institutions. From Zwolle and Deventer it spread across Europe as far as Poland, and into Germany, flourishing up until the Protestant Reformation. It’s best known member was Thomas à Kempis through his still hugely influential devotional, The Imitation of Christ.
De Vries has identified at least 130 locations in the Netherlands alone, in every province, where the movement was active and had a following.
Schools
Zwolle and Deventer formed the intellectual axis of Northern Europe prior to the Reformation, and the schools established there as part of this movement were considered the best anywhere in the world. A Kempis came from across the border in Germany to study in Deventer before moving to Zwolle where he compiled ‘De Imitatione’. Erasmus also studied at their Latin School in Deventer, along with Adrianus, who later became the only Dutch pope.
At the height of Cele’s career, he oversaw 1000 pupils in a town with a population of only 5000. Together with Groote, he set about to change society through education, aiming to dismantle the hierarchical social order by making education available to all, rich and poor.
Understanding that ‘knowledge is power’, as Francis Bacon would express it nearly two centuries later, Cele wanted to empower the poor and disadvantaged. Teaching Latin, grammar and rhetoric, he also expounded to them the Scriptures, teaching about the Christian faith and personal piety. For over forty years until his death in 1417, he developed the school model which came to be known as the ‘gymnasium’, with radical innovations such as setting pupils in classes according to age, examinations, and the mentoring of younger pupils by the older ones.

As emphasised later by A Kempis and others in the movement, Cele stressed that personal discipleship was the foundation for morality and social service. Values taught and embodied by the movement included care for the vulnerable, respect, non-judgmental attitudes, discernment of good and evil, equality, hospitality and inclusiveness, sharing in community, quiet reflection and meditation.
Origins
De Vries is actively promoting a ‘Post-Modern Devotion’ movement by inviting the mayors of towns where the 15th century movement was active to sign a covenant supporting these same values. Thus far the response has been extremely positive.
In an age when religion is seen as the ‘root of all evil’ by many, it is instructive to trace the origins of education and discover the overwhelming contribution of the Judaic-Christian tradition. Church schools preceded even Charlemagne’s efforts to spread education through the work of the Anglo-Celtic monk Alcuin. Yet these were all preceded by Jewish education, developed in response to God’s instructions to teach the children in Deuteronomy 6:7. The Hebrew community was by far the earliest completely literate society, a status maintained through time and persecutions.
Comenius, the acknowledged ‘father of modern education’, was a bishop in the Ancient Moravian Church, his pedogogy being inspired by his Christian worldview.
The state only took control of education relatively recently in many countries, when the Industrial Revolution created a demand for a more literate working class. But states tend to stress facts and figures. Norms and values are not their competence.
Till next week,
Jeff Fountain
P.S. Join us on the  July 4-19, to learn more about Cele, Comenius and others who shaped Europe through their faith. 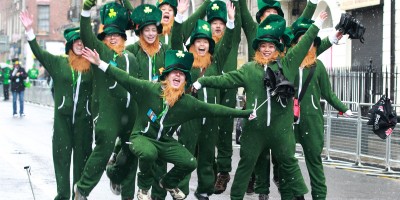 The Virgin and the Divorcee