To my Ukrainian friends,

With a sense of sadness and shame I offer apologies for the slap in the face you received from many Dutch voters in our referendum here last week. As the photo above portrays, you turned out massively in support of a new beginning for your country just two years ago. You had a right to expect support from Europeans in your hopes for democracy, freedom from Kremlin dominance and an end to endemic corruption.

After all, the European project is supposed to be all about the values of freedom, peace, equality, solidarity and human dignity. These are values the Dutch have espoused ever since their revolt against Spanish tyranny in the 16th century. They are all values rooted in Scripture.

Believers from Orthodox, Catholic, Protestant and Pentecostal Churches in your country came together in unprecedented unity in Maidan Place two years ago, offering prayers together and practical support for the crowds. That solidarity continues to this day, expressed in an inter-religious delegation which visited the Netherlands last month – Chief Rabbi Dov Bleich, Orthodox Patriarch Filaret, Archbishop Svjatoslav Sjevtsjoek, Mufti Said Ismagov and several Protestant bishops – to plead for support. Ex-dissidents, victims of communist repression and also leaders of the LGBT community all urged the Dutch to help.

Despite this, two-thirds of the turnout voted against EU help for your country. In the so-called Bible-belt, the most traditionally Christian part of the country, the ‘nee’ votes were even higher. Why was this? Why would Dutch people, and Christians in particular, want to deny you Ukrainians the freedoms and values they have enjoyed for centuries? I can imagine the confusion and disappointment you must feel.

And this on top of the MH17 tragedy in which so many Dutch were the victims of a Russian BUK missile!

So let me try to explain, if not excuse.

Most Dutch did not see the referendum as being about you and your country. The initiators of the referendum themselves said they couldn’t care less about Ukraine. They wanted simply to destroy the EU. We are not used to referendums in the Netherlands. This was the first of its sort. An artificial threshold of 30% was set below which the referendum would have been declared invalid. This was probably a mistake because many potential ‘ja’-voters probably stayed away from the voting booths hoping the threshold would not be reached. Only those who wanted to vote ‘nee’ were really motivated. Seen in this light, only one in five of all Dutch voters actually voted against your country.

As in a number of other European countries, we have a growing populist movement which is a lightning rod for discontent. This movement thrives on a gospel of fear and half-truths. Unfortunately too many Christians are susceptible to these stories: about Europe being swamped by Muslim refugees and migrants, about terrorism being on the rise in Europe, about the EU being evil….

Space doesn’t permit full answers to these questions. While the events in Paris and Brussels were shocking, we tend to have short and selective memories: more people died from terrorism in Europe between 1970-1986 than from 2000-2016, after 9/11.

Here’s one of the big problems we face in the western Christian community, especially the evangelical and pentecostal world: we don’t have a tradition of thinking biblically about non-spiritual things. Unlike the Catholic and Reformed traditions, we’ve not been stimulated to apply biblical thought to the issues of our day. We remain very vulnerable therefore to conspiracy theories, about the EU as a plot from Rome, for example. We expect things to get worse and worse due to a particular interpretation of biblical prophecy, believing that it is not God’s will for his will to be done in Europe, in obvious contradiction to the Lord’s Prayer.

Like the populists, we know what we are against, but we don’t know what we are for. What kind of Europe do we think God would want? What would that look like? How can we influence the EU institutions through prayer and persuasion in this direction? How should the European nations relate to one another in peace, freedom, mutual respect and solidarity? How can we encourage our neighbour nations, including Ukraine, to overcome their long communist captivity and grow in these values?

How can we overcome our own ignorance and indifference, expand our horizons and look beyond our own local bubbles, thinking beyond the short-term?

One concrete step is to come to the State of Europe Forum this year in Amsterdam, May 8 & 9.

One response to “Apologies to Ukraine” 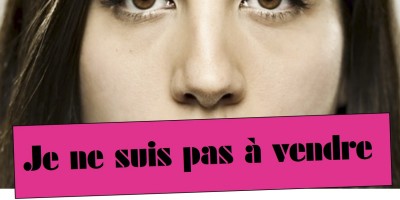 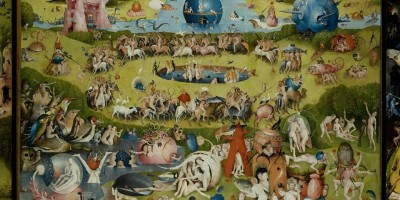