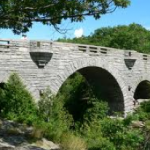 We live in a changing world, for better or worse. Muslim neighbours are here to stay in most of our European countries, whatever colour of governments we or others vote in. The world is shrinking due to globalisation, and we simply need to learn how to live in the same space.
That requires more adjustment for some than for others. City dwellers and western Europeans will be more aware than others, for example, of the Sugar Feast being celebrated this week to end Ramadan.
To end our series of Ramadan reflections on responding to Islam in Europe, let’s consider two ways to respond to our changing world. They can be represented by the Crusaders on the one hand, and St Francis on the other.
The Crusaders, as everyone knows, went looking for confrontation. And, as everyone also knows, they went far over the limit, killing Orthodox Christians, Jews and Muslims like.
There is a legitimate use of the sword by legitimate governments, as Paul reminds us in Romans 13. And there is a legitimate place for our governments to use the sword, or force, to preserve peace and security. That is sometimes necessary, as in the case of Muslim terrorists. Or of ‘Christian’ terrorists, as we have also known here in Europe not too long ago, in Ireland or in the Balkans.

Defence
It should never have been the role of the church, however, to take up the sword. That is the role of the state.
And we should not read instructions to believers as persons as instructions to governments. In other words, the instruction to turn the other cheek is for us as individual followers of Jesus, not for the state. Governments have a divine mandate to use force to limit the influence of evil and sin in society, and need to do so in accountability to God.
Wherever the Crusaders went, they built castles, many of which still stand today. Castles are built for defence You pull up the drawbridge and isolate yourself from the enemy. You project arrows, rocks and boiling oil from the ramparts. It’s ‘them’ versus ‘us’.
That’s one way we are being encouraged to respond to Muslim neighbours in Europe. But is it really the way of Jesus?
The other way to respond to our changing world is to build bridges. Bridges close the gap between banks of a river, sides of a valley, shores of a waterway, or even  between two continents, as in Istanbul.
This is the way of St Francis, who lived at the time of the Crusades. He was deeply troubled by the un-Christlike attitude shared by church leaders urging knights and peasants on to war. He believed in the power of love to transform. Love had conquered the world’s mightiest power, Rome, without sword and castles. Such a display from Christian Europe was a false testimony to the Muslim world, he believed. Love was the bridge that closed the gap of hatred, alienation and anomisity.

Brothers
So in 1219 he travelled himself to the Nile River in Egypt where the soldiers  of the fifth Crusader were drawn up against the forces of Malik-al-Kamil, the Sultan of Egypt. At night he slipped away from the Crusader camp, in an attempt to meet the sultan and convert him, or to die as a martyr in the process.
Empty-handed, he entered the sultan’s camp and found himself honoured as a holy man. His attitude was that all humans–lepers, Christians and Muslims– were brothers. His task was not to attack Islam or  to insult the prophet, but to witness to the love of Jesus.
This was may have been the first real dialogue between Christians and Muslims. Francis built a bridge, not a castle.
What are we building in our hearts?