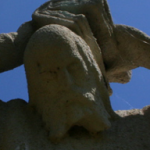 Now and then we need our memories jogged as to how our western society was formed. Where did our norms and values actually come from? Why we do things the way we do? Why do we have seven days in the week? Why do we keep one day as a day of rest and relaxation? Why do we talk about the sanctity and dignity of human life? On what do we base the concept of human rights?

Why do we think in terms of past, present and future? What inspired the emergence of many of the institutions of our western way of life, including hospitals and universities, trade unions and women’s emancipation, and movements like the Red Cross, Amnesty International or Alcoholic Anonymous? Why do we look to the future with hope for a better tomorrow? What has shaped so much of our western art and music, language and literature, law and government, science and education, and even our agriculture and architecture?
We tend to be creatures of short memories. We often assume concepts to be ‘self-evident’, unaware of what we have inherited from some dim, distant past. For example, the framers of the American Constitution, all of European ethnicity, declared that ‘we hold these truths to be self-evident, that all men are created equal.’ Oh really? That’s not so self-evident to millions in India. Neither does it square with Darwin’s understanding of the evolution of species based on the survival of the fittest.
So when and how did such ideas creep into our collective unconsciousness in Europe?
The answer takes us back to the first millennium after Christ. Pagan peoples began migrating in droves from the east towards the western peninsular of Eurasia, to what we now strangely call the ‘continent’ of Europe. Strangely, because Europe is the one ‘continent‘ that is not a continent! It’s merely a peninsular. But somehow, and at some time, Europe’s culture became so distinctly different from its oriental origins that it earned the reputation of being THE Continent!

Story-tellers
These people groups–from which most Europeans and many Americans, Canadians, Australians and New Zealanders have descended–worshipped gods and goddesses, and appeased the powers of fate and stars. Yet at some stage, all that changed. Story-tellers came into their communities, talking about a man who had lived and died centuries earlier in Palestine. He had claimed to be the son of the one, true God, a God of love, forgiveness, compassion, holiness, justice and mercy–unlike any other gods they knew. This God was the Father of all, the Creator, who, so the story went, had created humans in some sense in his own image.
Ahh! So here is where the Founding Fathers picked up this idea of ‘men being created equal’! And many more ideas! For the story these travellers were telling reached right back into the history of the Hebrew people, back to Moses and further to Abraham. And it was Abraham who had broken from the ancient view that life was an endless cycle of the same old thing, fated to meaningless repetition. His God had spoken to him about new things, a new land, a new future, a new destiny. Here was one of the greatest shifts in human sensibility in history! History was going somewhere. History had direction.
Later Moses had passed on to Abraham’s children simple commandments to obey in order to enjoy harmony in society: don’t kill; don’t steal; don’t covet; don’t lie… Ten of them, one for each finger to remember. Commandments implied everyone could choose, and was therefore responsible for one’s own life before one’s Creator.
The story climaxed with the coming of Jesus of Nazareth, who brilliantly summed up the commandments in two simple imperatives: love God and your neighbour.
These were radical ideas! They brought fundamental changes. The story of Jesus and a God of love spread into Europe–among the Greeks, the Romans, the Gauls, the Goths, the Helvetians, the Celts, the Scots and Picts, the Angles and Saxons, the Franks and the Friesians, the Slavs, the Magyars, the Rus… and eventually among the Vikings. Life styles and cultures changed. Kings and warlords were tamed. Communities and families were transformed. A common foundation for the European way of life was being laid, albeit with regional distinctions.

Dangerous
Sometimes the story was passed on in the conversation of daily life–by soldiers stationed far from home or by anonymous traders and travellers. But often the story was spread systematically and intentionally by travelling bands who sometimes faced fierce opposition and unknown dangers. Boniface had a dagger thrust through his skull near Dokkum in northern Holland. Gellert was rolled down the mountain into the Danube where Budapest now stands, inside a barrel studded with nails! Theirs was indeed a dangerous profession.
Call them radicals and fundamentalists if you will. Pure Christianity has always demanded fundamental change. For it addresses the heart of the human problem: the problem of the human heart. True Christianity was radical then, and is radical now.
Such men and women passionately believed in their mission and bequeathed to us concepts, institutions, norms and values we call ‘western’, many of which we are tempted to call ‘self-evident’. Centuries and generations later, we continue to enjoy the fruit of these missionaries.