Everybody knows its Valentine’s Day today, but who knows who Valentine was? And how did his name get linked with the global day of romantic celebration?
Several martyred saints in ancient Rome were named Valentine. Little is actually known about the one whose feast day is February 14 except that he was buried on that date at the Via Flaminia north of Rome, in 269, or maybe 270, or maybe even 273.
Tradition portrayed Valentine as a Roman priest who was arrested and imprisoned for marrying Christian couples and aiding Christians persecuted by the emperor Claudius II. Yet Claudius took a liking to this prisoner, until he tried to convert the emperor himself and earned himself the death warrant.  He was beaten with clubs, stoned and beheaded outside the Flaminian Gate.
Today few remember Claudius–but everyone associates Valentine’s name with romantic expressions of love.
That’s why Marriage Week each year is timed to include Valentine’s Day (7th–14th Feb). It has been held every year since 1997 in the UK, where the idea of a national week of events to celebrate the diversity and vibrancy of marriage as the basis for family life was launched.
A young family man one Saturday was shopping for a tin of paint in a home improvement store, when he noticed how many young couples were spending time and money on their house. Suddenly the thought struck him, how much time and money do these couples spend on improving their relationship?
There and then, former YWAMer Richard Kane struck on the idea of an annual week of events to encourage couples to strengthen their marriage ties.
From his garage, he started a national campaign which, to his great surprise, received support from top governmental circles. Front page publicity reported presentations of roses at Number 10 Downing Street to successive prime ministers.
Absurd
Last Tuesday in London, Marriage Week was launched in the Houses of Parliament when the Minister for Work and Pensions, Iain Duncan Smith, said the tide was turning in public opinion. The role of marriage in family life and the importance of stable families had become an important public topic.
Duncan Smith referred to his speech at the launch of Marriage Week four years earlier, which I also happened to attend. Then, he said, the political establishment frowned if a mainstream politician mentioned marriage. The prevailing view was that to extol the virtues of this most fundamental institution somehow meant that you were going to stigmatise those who were not married.
This, he said, was an absurd and damaging assumption. Support for our most basic and successful institution did not mean that you could not be sympathetic to and supportive of families where one parent was left with the difficult responsibility of bringing up the children.
As a result of such two-dimensional arguments, successive governments had shied away from proper discussion about the structure and importance of the family.
Any balanced government had to understand the effect family breakdown could have on the well-being of both adults and children. The financial costs of family breakdown are estimated ranging at somewhere between £20-40 billion a year, he claimed.
More painful was the human cost, he said–the wasted potential, the anti-social behaviour, and the low self-esteem.
Richard Kane was here with us in Holland last week when he arrested our attention with the following statement:
If babies could choose which family they could be born into, they would definitely choose to be born to married parents. Those not growing up in a two-parent family are 75% more likely to fail at school, 70% more likely to become addicted to drugs, and 50% more likely to have an alcohol problem.
Popular
Richard also reminded us that, despite bad press, marriage remains incredibly popular. Over 90% of young people in the UK aspire to be married at some point in the future, and the large majority will achieve this. Although the popular view is that marriages don’t last, two out of every three first marriages will last until one partner dies, and one in two second or subsequent marriages will also last a lifetime.
Marriage Week this year is also being celebrated in Germany, the Czech Republic, Switzerland, Hungary, Belgium, The Netherlands, Ireland, Northern Ireland, Romania and Slovakia, and as far afield as Australia and New Zealand.
One theme being promoted is Eat, Talk and Play! inspired by the popular movie. Eat–simply make time to sit down and have a proper meal together. Talk–not just about all the things that have to be done, but about hopes and dreams for the future. Play–make time to do something fun together. 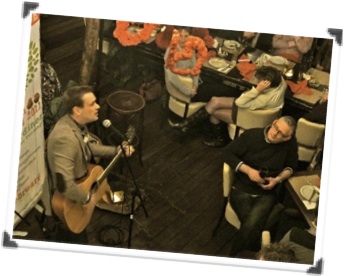 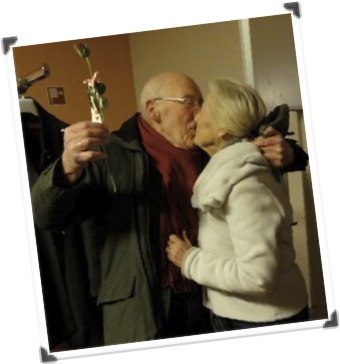 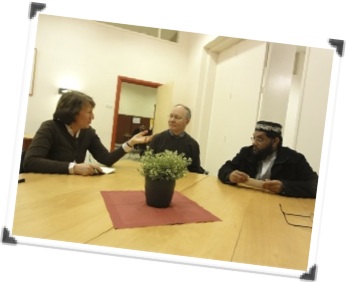 Romkje I attended a theatre dinner last Monday on the theme of Marriage Week (left), a marriage check-up evening on Tuesday (centre) and a forum on Wednesday between Muslims and Christians on marriage (right).
So now it’s time to go and buy the roses.
Till next week (when I’ll write from New Zealand on a brief visit)
Jeff Fountain