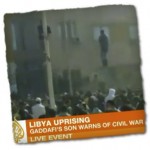 The first decade of the new millennium has produced several cross-currents that are buffeting our world, overturning old orders and creating new realities. As we attempt to ‘understand the times and know what Israel should do’ in the coming decade, we are reminded that there is only one unshakeable kingdom, and that everything not based on this kingdom will be shaken.
I write this from New Zealand while attending a congress of national leaders reflecting on the challenges of the decade ahead. Even here, literally at the ‘ends of the earth’, the cross-currents shaking our world are clearly being felt.
I am sharing at this congress on several cross-currents shaping our world right now. The one filling our headlines these days is that of the interaction between the western world and the Islamic world.
Many talk of the Islamisation of the West, but what we are watching on our screens is also fruit of the westernisation of the Islamic world, specifically the Arabic world.
Facebook, Twitter, western education and democratic ideals have all conspired to trigger this series of eruptions across the Arabic world.
The following brief survey, sent out by Liz Adleta to inform intercession, focused my attention on the breadth of the historic events we are witnessing:
LIBYA: The premier denounced a "plot" to turn his country into a terrorist base, as anti-regime protests reached the capital and world powers slammed an iron-fisted crackdown said to have cost hundreds of lives.
IRAN: A massive police deployment in Tehran prevented large-scale protests from erupting, although Iranian opposition websites reported stray clashes and officials said the capital remained calm.
BAHRAIN: Bahrain's Sunni Muslim ruling family came under increased pressure to open in-depth talks with the Shiite-led opposition, as protesters erected more tents on the capital's Pearl Square and unions called off a strike.
MOROCCO: Thousands staged rallies in Moroccan cities demanding political reform and limits on the powers of King Mohammed VI, with protesters shouting "the people want change."
KUWAIT: Hundreds of stateless Arabs demonstrated for the third day running to press for basic rights and citizenship of the oil-rich Gulf state, and Human Rights Watch called for the release of dozens detained on Friday.
YEMEN: Hundreds of students demonstrated on the eighth straight day of anti-regime protests in Sanaa, while police shot dead a protester in south Yemen and the opposition vowed to join protests.
EGYPT: Three police officers in Alexandria face questioning over the shooting of protesters in the early days of the Egyptian uprising, as banks reopened and workers at Egypt's largest factory ended a strike.
TUNISIA: Tunisia's interim government asked Saudi Arabia to extradite deposed strongman Zine El Abidine Ben Ali as it faced a second day of protests on the streets of Tunis, demanding its resignation.
DJIBOUTI: Djibouti authorities have "provisionally released" three top opposition leaders briefly detained after unprecedented protests demanding regime change, the state prosecutor said.
IRAQ: At least eight people, four police and four civilians, were reported wounded when clashes erupted during a rally in the Iraqi Kurdish city of Sulaimaniyah.
JORDAN: King Abdullah II urged speedy reforms, comprehensive dialogue and more efforts to battle corruption amid popular discontent and pro-reform protests.
SYRIA: A jailed Syrian Kurdish blogger and rights activist, Kamal Hussein Sheikho, is on a hunger strike, according to the Syrian Observatory for Human Rights.
ALGERIA: Foreign Minister Mourad Medelci told Spain's El Pais newspaper the anti-government revolts in Tunisia and Egypt will not spread to Algeria, a day after riot police clashed with protesters in the centre of Algiers.
Liz reminds us that God sets up kings and deposes them; He changes times and seasons.
Lord, may your kingdom come, your will be done in the Middle East, in Europe, on earth, as it is in heaven.
Till next week,
Jeff Fountain