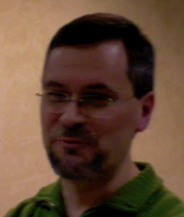 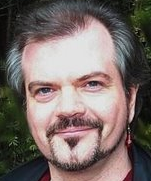 Arguing with atheists is boring, says Jari Koivu, a Finn who has been on a journey from his home country to Austria, Russia, Cyprus and most recently to Canada. He met his Ukrainian wife, Tanya, in a refugee camp in Vienna, sometimes climbing over the wire fence to see her, he confesses today, twenty years later.

Last week while in Holland, Jari said he had been amazed to discover the spiritual hunger and interest in the unseen in the former Soviet Union, when he and Tanya moved there in the 1990’s to start a YWAM ministry. Even in Brezhnev’s day, he learned, psychic healers had been invited to the Kremlin.
That’s when Jari (left picture) began realising an alternative approach to evangelism was needed, other than simply ‘arguing with atheists’. Psychic healers, fortune tellers and spiritual gurus were filling movie theatres with curious and spiritually hungry Russians. Yet his suggestions that Christians could also offer a ‘cosmic connection’ usually were met with blank stares from fellow believers.
Jari and Tanya then moved to Cyprus to reach out to the many former Soviet women caught up in prostitution there. In addition to opening a crisis pregnancy centre, they experimented with healing rooms, a place for people to walk in and ask for prayer. People from various church backgrounds quickly took up the invitation, but so also did folk from new age circles.
‘They even wanted to come to our training events for volunteers,’ Jari explained, and adding with a laugh,‘they thought I knew what I was talking about!’ That was when they sensed they ought to do ‘something’ about the growing presence of psychics and New Age fairs.
Mission strategy
About that time, Jari went to a consultation in Basel, Switzerland, called Evangelism in a New Age, a Hope for Europe event which we have organised on several occasions. Jari met others engaged in ministry to spiritual seekers, including the Swiss evangelist Daniel Hari and the Danish Lutheran priest, Ole Skjerbaek Madsen (right picture).
“This was a defining moment for us as a ministry,” Jari explains. ’We understood the Lord was calling Christians to a more radical, contextualized way of evangelizing Western spiritual seekers.’
Jari spent some days with Daniel at a New Age healing fair in Basel, observing how open the seekers were to the gospel when presented on their home territory.
Standard mission strategy for reaching unreached people groups involves learning the people’s language, understanding their beliefs, and building bridges within their own culture to communicate gospel truth, Jari explains. ‘So why don’t we do this with spiritual seekers today?’
When he and Tanya moved to Toronto in 2007, from the start they decided to reach out through friendship evangelism, exercising spiritual gifts of healing and prophecy in evangelism. They have now held numerous Open Sky Cafes at New Age fairs in Cyprus, Turkey and Toronto. Last year, Jari’s team ministered to 452 seekers (each an average of 30 minutes prayer), with 108 reported decisions for Jesus and 84 healings.
Lining up
The organizers of a Toronto New Age expo decided to ban their booth as there were just too many visitors for their liking in 2009. But they changed their mind, and people just kept lining up for prayer, Jari reports.
The hunger is so great, says Jari, the last few years have just been fun. Who wants to argue with atheists, he asks, when you can pray with hungry seekers?
Jari will join Ole and Steve Hollinghurst (centre picture) at HOPE•II in Budapest* during the Evangelism in a New Age consultation, as they and other practitioners share stories, practices and insights from their work among spiritual seekers across Europe and beyond.
This event follows up on the Basel consultations, and a similar event held by Steve in Sheffield two years ago, and will be one of over twenty simultaneous consultations which follow the opening plenary sessions, expected to be attended by around 1000 European leaders.
With three months to go, over 250 registrations are already in and interest is building as the word spreads. Other evangelism consultations will be held on internet evangelism and evangelism at mega-events, such as the 2012 London Olympic Games.
Please pray with us that HOPE•II could be a defining moment for many more ministries.
Till next week,