Emmanuel – our reason for hope

This nativity scene by Ukrainian-born painter Irenaeus Yurchuk, now based in New York, expresses the reason millions of his compatriots face the New Year with hope – despite everything a desperate dictator tries to break their morale.

Ira Kapitonova, a YWAM colleague based in Kyiv who has been faithfully sending frontline updates almost daily for most of the war, wrote yesterday how she was getting ready for bed when she heard the sound of airplanes. ‘I knew right away that it meant that there must be another aerial threat. This morning we read about 16 kamikaze drones launched at Ukraine. Thankfully, all 16 of them were shot down.’

She went on to describe how Ukrainians were being transformed on so many levels by the war: ‘In Ukraine, as in many post-Soviet countries, the New Year celebration has always been far more important than Christmas. Christmas was celebrated with family, but the New Year was the time for big parties. This year is different. I notice more and more people focusing on Christmas and its meaning rather than on the new year festivities. May it all be for God’s glory.‘

Let me share a personal ‘Emmanuel’ story, about how this bizarre and dramatic year ended for me and my wife. On Thursday we were due to step on to a plane in Amsterdam to fly us to New Zealand to celebrate my mother’s 100th birthday in a few weeks. However, two days earlier Romkje had a bad fall in our kitchen and broke her upper left arm. Waiting with her for treatment in the hospital, I was conscious of a chest restriction I had woken up with at 4:30 that morning and still felt. Maybe before taking this long trip I should get that checked, I thought. Long story short: while Romkje was sent home with her arm in a sling, I was kept in hospital for two nights wired to a monitor. Eventually I had a stent placed in the artery causing what they told me had been a light heart attack. I arrived home just as our plane was taking off from Schiphol. Thank God our tickets were covered by insurance and we now depart on Wednesday.

On a totally different scale, we experienced ‘God with us’ in the midst of suffering as many of our Ukrainians sisters and brothers are testifying. 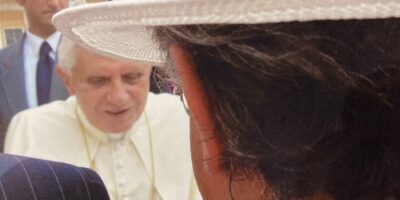 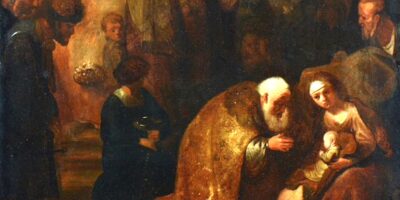 What will we bring him?