Everyone is for sustainability. What ‘motherhood’ was for an earlier generation, ‘sustainability’ is for now. It’s a given. Except maybe for marital relationships.
There we leave ourselves a little latitude. After all, what if it doesn’t work out? Let’s experiment first. Try a few partners. Test our compatibility. Maybe marriage contracts should be for a limited period, some seriously suggest: say, five years…
Actually, recent research shows that cohabitation is a less stable form of relationship today than it was fifteen years ago and is generally short-lived–especially for couples with children. Contrary to popular opinion, cohabitation does not serve as a ‘trial marriage’ but instead significantly increases the odds of divorce.
Sustainability in relationships? One of society’s little hypocrisies. Our governments and industries spend billions on promoting sustainability of natural resources and environment. But who’s investing in the sustainability of marriage relationships? It makes pure economic and political sense. ‘A stitch in time saves nine’–that sort of thing.
For healthy families come from healthy marriages to the benefit of all society. Look at the reverse situation. Divorce costs Britain £47 billion, a bill that costs each taxpayer £1,546 annually–say €2000. If you’re a British taxpayer, you could have a cruise holiday or buy a new laptop on what you are forced to pay for someone else’s divorce!
Ambulance
Divorce and family breakdown affects everyone. Reduced health, wealth and well-being strain relationships, adding to the vicious circle of breakdown. In the Netherlands, almost 40 per cent of marriages end in divorce, while the proportion of breakups of non-registered relationships is almost certainly higher. Two or more children are usually affected by each divorce. The social and economic consequences are considerable.
Children from broken marriages often under-perform at school and are three times more likely to eventually engage in criminal behaviour. For the adults, divorce regularly results in alcohol abuse and loss of income.
The Dutch government subsidises counselling for divorced couples. Fine, but wouldn’t it make much more sense to subsidise marriage counselling before it’s too late? Why simply put the ambulance at the bottom of the cliff with no fence at the top?
Recognising this need, the Australian government decided in 2014 to give all newly-married couples a subsidy of $AUS200 towards ‘couples counselling’.
Politicians need to start talking about love and relationships. It makes political and economic sense. But we don’t need to wait for them. We can start ourselves, learning about sustainable relationships.
Perfect
There’s no such thing of course as the perfect marriage. For the simple reason that at least one of the partners is not perfect. Every marriage can be improved. Sustaining a healthy marriage is a skill that can be learned. We can learn how to become good partners. Forgiveness, communication, transparency, time spent together, sharing common interests, recalling what made us fall in love with each other in the first place–these are some of the skills we can all learn and practice.
My friend Richard Kane was standing in the checkout line at a home improvement store some years ago, watching couples purchasing expensive items to improve their homes. How much do these couples spend on improving their marriages? he wondered.
That thought has led to the launching of Marriage Week in some thirty nations so far, over half being in Europe. In most lands, Marriage Week this year started yesterday and will continue until next Sunday, February 14, Valentine’s Day, a day associated with giving special attention to one’s loved one. In Ukraine, Marriage Week is held in May; Australia, in September.
Maintenance
Richard is fond of saying: “If you are fortunate to be in a marriage, you should look after it.” Men recognise the importance of maintaining their cars, he notes, doing repairs and having regular check-ups. Why should that be more important than ‘marriage-maintenance’?
This week, thousands of local events are happening in bars, restaurants, community halls and churches, celebrating marriage and educating couples how to have a better relationship. In Germany Marriage Week has spread rapidly, with some 400 events being planned east and west.
Information about Marriage Week activities in various countries can be found on the Marriage Week International website, along with tips on improving relationships and links to organisations who can help transform good marriages into great marriages.
Relational sustainability requires time and investment. This is a good week to start! 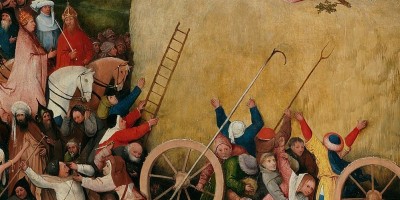 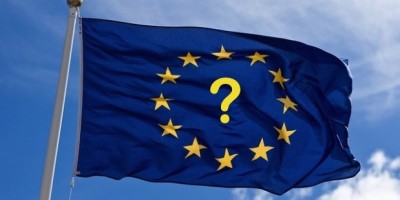