Today the Pride Parade will snake its way through Amsterdam’s canals climaxing a week of LGBTQ+ activities celebrating sexual diversity.

‘My gender, my pride’ and ‘Free to be myself’ are among the slogans displayed around the inner city. Government agencies and prominent businesses add the rainbow logo to products and decorations, projecting a sense of normalcy onto that which, until fairly recently, was considered ‘abnormal’ – in statistical terms associated with a small minority.

We are of course living in 2022, deep into the third wave of the sexual revolution, seen to have begun a century ago with female suffrage. A second wave came with the pill and the broad acceptance of sexual activity outside of marriage in the 1960s. The third wave arrived with the new millennium and the acceptance of gay marriage, as well as the various responses to gender dysphoria (the feeling of having been born in a body of the wrong gender).

While large sections of Europe’s population have not readily transitioned in their thinking – including many migrants, Muslims, conservative Christians, and most Central and Eastern Europeans whose countries never experienced the sexual revolution – divergence from the new politically correct orthodoxy is largely silenced in the public arena. These Europeans feel their own freedom of expression is muzzled by labels like ‘discrimination’, ‘intolerance’, ‘sexism’, ‘bigotry’ and ‘homophobia’.

Mostly these silent Europeans keep their opinions to themselves in the face of what they experience as strong prejudice. Those Christians who do try to express a minority opinion about the normalisation of abortion, pornography, adultery, same-sex marriage and transgenderism risk entrenching the impression that Christians are always against but never for.

While conservative Christians view the issues through the lens of morality as understood from the Bible, progressive Christians use a justice lens. They see the sexual revolution as reaching a new stage in the battle for civil rights, a struggle for justice, human dignity and equality. What right does the government have to say who you can love and marry? Why should not treatment for gender dysphoria be available for those who want it?

Churches and denominations are polarised over these issues into camps of prejudice. At the Lambeth Conference in Canterbury this week, for example, Archbishop Welby admitted the global Anglican communion was deeply divided after the Global South Fellowship of Anglican Churches announced a resolution reaffirming prohibition of same-sex marriages.

Many feel Pride parades display too much body. Yet perhaps our problem in the church is too little body emphasis. Could Pride represent the unpaid bills of the church in the same way that the New Age movement could be seen as a rebuke for the lack of spirituality in the church?

Behind a gender ideology where feelings trump physical facts, we see a gnosticism that separates body and soul. Yet are we not also guilty in our Christian circles of embracing gnosticism, a mind-body dualism, that demotes the body as evil and shameful in favour of the spiritual, and that has led to unbiblical prudery and its obverse, pornography?

Frankly, we have a deficient theology of the body. We struggle to tell the world a better story when we forget the creation narrative in which God affirmed the goodness of the climax of his handiwork, the human body. Those first human bodies, and ours too, were designed to tell a story of purpose, meaning and dignity in life.

There is of course an alternative narrative: that there was no design or designer, no purpose or end goal. Everything is the product of chance. ‘Fate, not God, has given us this flesh’, as one leading feminist wrote; ‘We have absolute claim to our bodies and may do with them as we see fit’. Which is perfect logic if we as humans are nothing more than ‘slime plus time’.

However, as C.S.Lewis argued, these different views of the universe cannot both be right. The one who is wrong will act in a way which simply doesn’t fit the real universe. Which worldview will be sustainable? will lead to flourishing life? will support healthy communities where children can be nurtured in love, self-respect and dignity?

We need to learn to tell a more inspiring and more appealling life-affirming story that fits the real universe.

Among those working to recover a theology of gender, sexuality and the human body, the most significant and ground-breaking is – surprise! – Pope John Paul II (Theology of the body). George Wiegel, his biographer, calls this work a ‘theological time bomb which is set to go off with dramatic consequences some time in the third millennium of the Church’. Protestants building on his work include Nancy Pearcey (Love thy body) and Timothy Tennent (For the body).

We have homework to do! 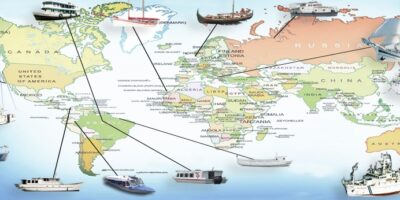 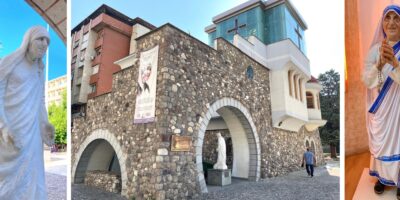