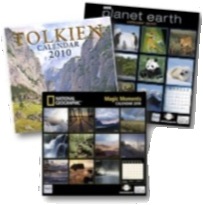 Peter tells us to ‘always be ready to give an answer to everyone who asks you to give a reason for the hope that you have’(1Peter 3:15).

So how do we answer those who ask us why we are hopeful about the future?

Firstly, we can explain that our hope is not based on current prospects. As Paul says, who hopes for what he can already see? That’s not hope. (Romans 8:24). Christian hope is not a promise of an immediate, rosy future. It is no guarantee of a ‘happy and prosperous 2010’.

Yet it is a promise that ultimately, truth and justice will prevail; that all the past, present and future suffering will one day assume meaning; and that God’s purposes in history will be fulfilled. This promise of ultimate meaning gives meaning to our immediate future, whatever it may bring.

While every river eventually flows into the sea, twists and turns in the course of its path causes it at times to flow in exactly the opposite direction. So too with human history.

For the foundation of Christian hope is the Triune God, beginning with the Father.

When God revealed himself to Abraham, and later to Moses, he showed himself to be so utterly different from all the gods of the surrounding nations. Think of the Egyptian gods, Babylonian gods, Greek gods, or Roman gods. In no way were they ‘merciful and gracious, slow to anger, abundant in loving kindness and truth, forgiving iniquity and disobedience and sin’.

Greek philosophers like Socrates and Plato gave up on their gods because of their flawed characters. It’s because of the Father’s benevolent character that we have hope. If God the Father was not who the Bible claimed him to be, we would have no basis for our hope.

The Bible also claims to reveal the Father’s purposes, which he swore under oath to fulfil. The writer to Hebrews, whoever he was, talks of these two unchangeable factors, God’s character and purposes, as an anchor of hope, ‘sure and steadfast’ (Hebrews 6:19).

Unfortunately, the popularity of alarmist literature about end-times in some Christian circles tends to obscure the many promises about God’s purposes for planet earth.

These include: that the earth will be filled with the knowledge of the glory of the Lord; that the stone that smashed the image Nebuchadnezzar dreamed about will grow to become a mountain that filled the earth, a picture of the kingdom of God; that the kingdoms of this world become the kingdom of our God and of his Christ; and that Jesus was not teasing his disciples when he taught them to pray for his Kingdom to come.

The Son’s work at Calvary is also the ground of our hope.  Either he died and rose again in time and space, and we have hope for our ultimate resurrection of life and the restoration of all things; or he didn’t, and we deserve  more pity than anyone else in the world, as Paul says.

For Christianity is all about death… and resurrection! That’s true in the ultimate sense of history, but also in all the intervening chapters. The flow of history reveals a pattern of death and resurrection. A move of the Spirit is typically followed by complacency and decline, until a new faithful minority is raised up. A fresh cycle of renewal and decline follows. People of hope know then what to expect after a phase of decline: resurrection! For the Holy Spirit has a habit of breaking out in new life in unexpected quarters in the most depressed phases of church history.

Which leads us to our third reason for hope: The Spirit of God, who is described by Paul as the guarantee of the promise, the downpayment of things to come, the foretaste of the future. Long before William Carey, the Puritans looked to the future with hope as they read God’s promises of global blessing. They believed that would come through successive moves of the Spirit, catalysed by prayer, bringing awakening and renewal. And so they began concerts of prayer, leading to the Great Awakening, which in turn ushered in the Modern Missionary Movement.

Today we witness the fruit of the global work of the Spirit the Puritans were never privileged to see. That surely is reason for hope, whatever the New Year may bring!

So, till next year sometime (I’ll be on furlough in New Zealand until after easter),

What is a human being for?