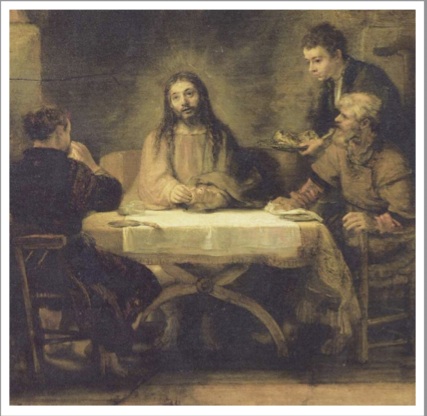 Where Jesus hung out after his resurrection and before his ascension is not explained in the Gospels. Two of the Gospel writers are clear however about his appearances to the disciples during this forty day phase of the church calendar we are in right now.
While Matthew and Mark end their gospels rather abruptly after the resurrection, adding the Great Commission almost as a post-script, Luke and John add whole chapters to the post-resurrection stories. Luke tells us about the risen Jesus’ encounter with two discouraged disciples heading back home to Emmaus; and of his appearance to the gathered disciples back in Jerusalem, followed by his ascension from near Bethany.
John gives us down-to-earth accounts, firstly of Jesus’ appearance to Mary Magdalene who mistook him for the gardener; and also of doubting Thomas’ confession of Jesus, not only as Lord but also as God (John 20:28).
The third appearance John writes about is after Peter, Thomas, Nathaniel and two others spend a fruitless night fishing. Jesus appears at dawn, tells them to throw the nets out on the other side for a miraculous catch and cooks breakfast for them on the shore.
These passages are remarkable for their familiar ‘this-wordly’ features of human error, rational doubt, common labour and fried fish on the beach.
Earliest creed
When Paul writes to the Corinthians about the resurrection (1 Cor 15), he quotes what scholars say was perhaps the earliest creed developed in the first decade after the event by the early church: of how Jesus appeared to Peter, to the Twelve, to more than five hundred disciples, to James and to all the apostles (vs.3-7). Paul then adds his own name to the list of those who encountered the risen Jesus.
The passage that has always intrigued me is Luke’s opening to the Acts of the Apostles. After his suffering, he writes in chapter one, verse 3, he showed himself to these men and gave many convincing proofs that he was alive. He appeared to them over a period of forty days and spoke about the kingdom of God.
Don’t you wish you could have been a fly on the wall? I would love to know in more detail what exactly he talked to them about. What would have been the most important subject of conversation with the disciples before leaving them with the job?
Some time ago I attended a seminar about the Ethiopian Orthodox Church. To my amazement, I heard that this church possessed the records of what Jesus spoke about to the disciples as Luke writes in Acts 1. I sat up in my chair. This is what I had always wanted to know. I wondered how this important information had escaped the western church.
What Jesus told the disciples, the speaker revealed, was what rituals to hold during church liturgy, what robes to wear and which utensils to use.
Yeah, right! I thought to myself in a mixture of disappointment and disbelief.
Central theme
Of course, Luke does tell us what he spoke about: the kingdom of God. That shouldn’t really surprise us. After all, that’s how Jesus started his ministry, calling people to repent, for the kingdom of God was near. The Sermon on the Mount unpacked that theme further: Blessed are the poor in spirit; they will inherit the kingdom; Pray ‘May your kingdom come’; Seek first God’s kingdom…
Jesus then told story after story, starting with ‘The kingdom of God is like….’ He issued the Great Commission as taking the Gospel of the Kingdom to all peoples everywhere (Matt 24.14). All through his ministry, this was the topic he constantly returned to. So to wrap up his earthly ministry, we should expect him to remind his disciples of this central theme.
What does it mean for us to pray for God’s kingdom to come in Europe today? This too should be our central theme. It should shape our vision of the kind of Europe God wants, a Europe where shalom or right-relatedness reigns in economics, politics, society, and even the environment. Jesus still wants to express his resurrection life in down-to-earth, every-day life forms as much as ever. We’ll be exploring these themes with politicians and economists, academics and church leaders, at the State of Europe Forum in Riga, May 8 & 9. Join us!
Till next week,
Jeff Fountain 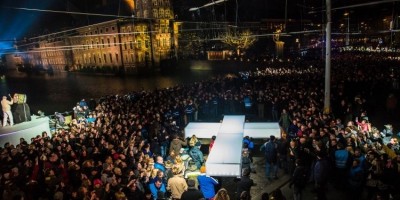